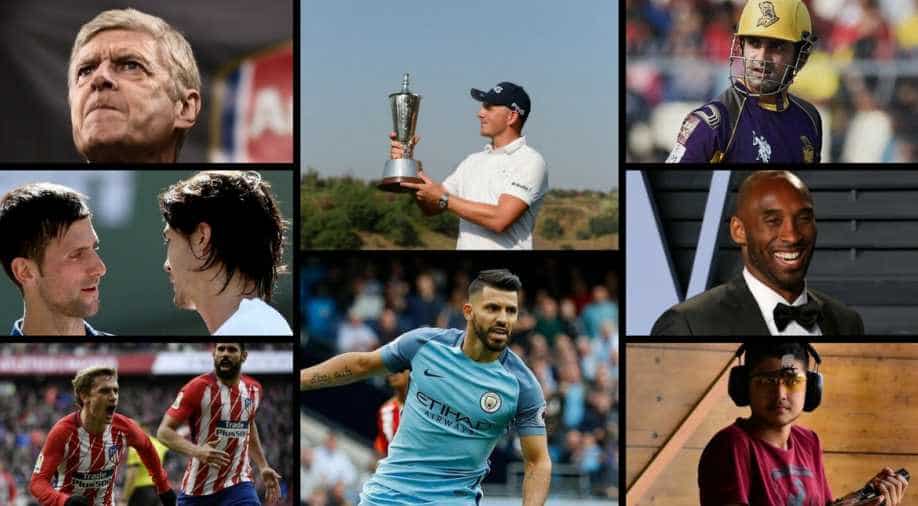 WION'S PICK OF THE WEEK

Never let people limit your achievement because you are a woman: Mary Kom to WION

Roger Federer and Bill Gates during the practice session. (Twitter)

Unusual celebrations by cricketers from the Indian subcontinent

Remembering Vijay Hazare: The 'Bread-man and Bradman' of Indian cricket

Throwback to first and most remembered century in IPL history

Watch: Brendon McCullum scored 158 off 73 balls in the inaugural match and registered the first century in IPL history#ipl https://t.co/4WYp3yTw50

Messi out of Barca squad to welcome baby 'Ciro'

Messi just one in the world: FCB coach Ernesto Valverde

Warner, De Kock fined for 'bringing the game into disrepute'

Simona Halep of Romania celebrates her win over Kristyna Pliskova of Czech Republic during the BNP Paribas Open. (AFP)