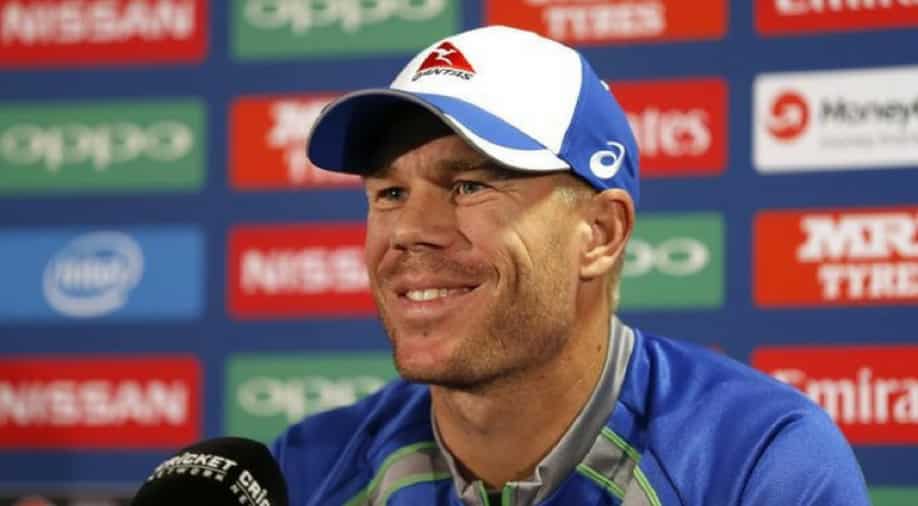 Footage of David Warner being restrained by teammates in an off-field fracas with South Africa`s Quinton de Kock has been viewed dimly in Australia, where former players have urged the vice-captain to rein in the raging `Bull`.

The opening batsman could face an ICC sanction for his part in the ugly stairwell incident at Kingsmead on Sunday which shattered cricket`s unofficial rule of `what happens on the field, stays on the field.`

His captain Steve Smith suggested De Kock had enraged the hot-headed lefthander by getting personal in his sledging, the nature of which focused on Warner`s wife, according to local media reports.

The South African camp retorted that whatever was said was payback for Warner`s own aggressive sledging of De Kock and other Proteas players out on the field.

Warner was nicknamed `Bull` early in his career, a moniker that fittingly captured his rampaging batting and tendency to rack up violations for ill-tempered episodes during play.

But his 2015 marriage to ironwoman athlete Candice and fatherhood seemed to mellow Warner to the point that his teammates re-branded him `the Reverend` for his quieter demeanor.

Warner shed his `Reverend` persona prior to the recent Ashes series, however, as he called on teammates to summon "hatred" for the visiting English.

If there is a comfortable middle ground between the `the Reverend` and the `Bull`, Warner has yet to find it, noted former Australia wicketkeeper Adam Gilchrist.

"It was really extreme the opposite way, and now he`s come back again saying `old Davey`s back` and all his teammates are saying `the Reverend`s gone, Bull`s back," Gilchrist told local radio.

"It`s always a worry in any situation when someone is so extreme in one direction or the other. I think Davey`s got to find somewhere in between that. Once the emotion and the aggression is taken away from it, David has to be a little bit disappointed that he`s done that and allowed this whole discussion to start up."

Warner was involved in another unsightly incident on the field during the opening test in Durban when he unleashed a withering verbal spray at Aiden Markram after the rookie opening batsman was culpable in running out AB de Villiers in South Africa`s second innings.

Warner shook hands with De Kock after Australia quickly closed out their 118-run victory on Monday, to take a 1-0 lead in the four-match series.

It was described by Australian media as a moment of reconciliation between the teams but Warner can expect little relief from the niggle by Proteas players for the rest of the series, according to former test all-rounder Brad Hogg
.
"They`ll be trying to nag him in the next three test matches about his wife now," Hogg told local broadcaster Fox Sports.

"To be frank, South Africa have found a little sweet spot with David Warner."