Unusual celebrations by cricketers from the Indian subcontinent 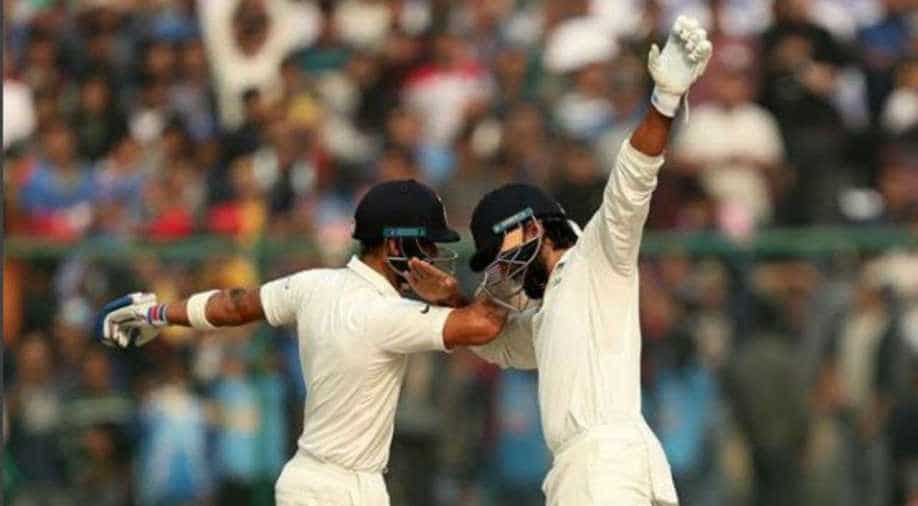 Virat Kohli and Murali Vijay doing the dab.(Instagram) Photograph:( Others )

In the old days, when world cricket was in its infancy, celebrations used to be minimal. A handshake perhaps and a few claps.

Here is a list of five unusual celebrations by the cricketers from the Indian subcontinent:

Sreesanth hit a six to Andre Nel during a Test match on South Africa tour and celebrated by dancing. There is a backstory to the whole saga that took place on that day.

Sreesanth was taunted by the South African fast bowler Andre Nel calling him ‘scared’ and a ‘rabbit’ and Sreesanth retaliated by breaking into his famous dance after he hit Andre Nel for a six.

Pakistani speedster Shoaib Akhtar followed every wicket of his with his iconic 'flying' celebration which saw him run with his arms up wide like a bird.

On Aug 9, 2017, Akhtar took to Twitter to recount the reason behind this celebration.

He posted a picture of him celebrating a wicket and captioned it saying: "Celebration after talking wicket bcoz I wanted to be a fighter pilot more I have endless love for jets."

And this F-16 was better thn All.
Celebration after talking wicket bcoz I wanted to be a fighter pilot more I have endless love for jets.. pic.twitter.com/PA0i93ySrv

Push-ups by the Pakistani team

Press-ups (or push-ups) took off as a unique way for Pakistan's cricket team to celebrate following a Test against England in July 2016, when Misbah himself first dropped to the ground to flex his muscles.

The Dab celebration by Team India

Taking a leaf out of the book of footballers, the Indian Cricket Team has made it a part of their celebrations.

On hitting the winning runs during Nihadas Trophy's 3rd T20I, Mushfiqur couldn't control his emotions and he jumped, screamed, fist-pumped and broke into a little gig.