Remembering Vijay Hazare: The 'Bread-man and Bradman' of Indian cricket 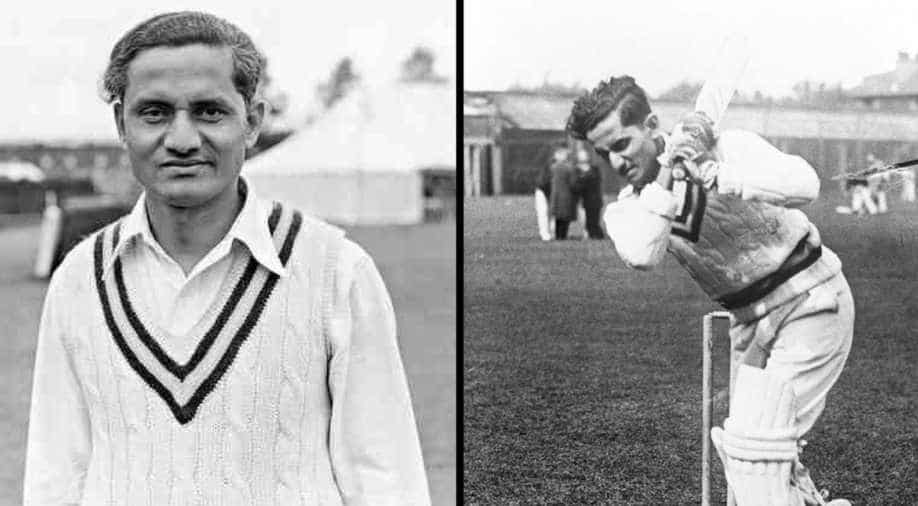 In the era of no television and cricket broadcast, if a cricketer has earned glory than its only because of his dedication, hard work and undying passion for the sport.

Vijay Hazare, who was referred as the Bradman of India, was born in a small town of Sangali in Maharastra on March 11, 1915. He became a stalwart of Indian cricket, not due to his elegance and style but due to his dynamism in the game.

He played his first Test in the year 1946 against England at Lord's, but he left his mark when he scored an unbeaten 316 for Maharashtra against Poona in 1939–40.

It is very important for this generation to know that who inspired players like Sachin Tendulkar, Rahul Dravid and other legends to take up cricket as a full-time career.

There are very few names in the history of Indian cricket who earned pride for the country at the time when, India, a poverty-stricken state was dealing with basic infrastructural issues including food and medicines.

Vijay Hazare was one of them and today we are celebrating 103rd birth anniversary of the first "run machine" of India.

Hazare had set several records in his cricketing career and few of them are still unbroken. He became the first Indian to score a century in each innings of a Test, slamming magnificent 116 and 145 respectively, against Australia at Adelaide in the year 1947-48.

He was also the first Indian to score two centuries in first two innings as captain. He scored a total of 2,192 runs in 30 test matches of his career with an average of 47.65 that included seven centuries.

In domestic cricket, his records are phenomenal when compared to international cricket. He slammed two triple centuries and summarised his first-class cricketing career with an aggregate of 6,312 runs at an average of 68.61, with 316 not out being his highest.

He set a world record when he partnered with Gul Mahomed for Baroda against Holkar to score 577 runs together for the fourth wicket, which is still the highest for any wicket in first-class cricket.

He began his training as a medium-pacer but his coach Clarrie Grimmett, the great Australian spin bowler, perfected his wrist spin and improvised his batting style. His bowling record was more modest as he took 595 first-class wickets at an average of 24.61 and claimed 20 wickets in his Test career.

A special mention, he dismissed Donald Bradman thrice in his career!!!

Vijay Hazare concluded his cricketing career with an aggregate of 18,740 runs in first-class cricket. The score is still the highest first-class aggregate for an Indian player after Sunil Gavaskar, Sachin Tendulkar and Rahul Dravid.

Gavaskar, another narrative of Indian cricket, continued the legacy that was established by Hazare and afterwards, Sachin Tendulkar carried it to a larger extent. Now, the young and aggressive skipper of the Indian team, Virat Kohli is responsible to carry forward the existing bequest.

Hazare captained India 14 times but his records as skipper are not convincing. That's the reason why his captaincy was considered as "tragedy" by some.

"He was always a disciplined soldier, never a commander. Captaincy affected his otherwise unflagging concentration and he was never the same batsman again. It was a tragedy of Indian cricket," he further added.

The Second World War took place and disturbed his international sporting activities, eventually affecting his Test figures. Even at that time, India was the only Test cricket-playing country to continue holding its domestic first-class cricket competition without interruption, with all credit going to Hazare.

The Ranji One Day Trophy, started in 2002–03 as a limited-overs cricket domestic competition, was named after the Padma Shri Vijay Hazare to facilitate the "bread-man" of Indian cricket.

After prolonged illness caused by intestinal cancer, Vijay Hazare died on 18 December 2004 but the cricket fraternity will always remember him through his autobiography, ''My Story''.