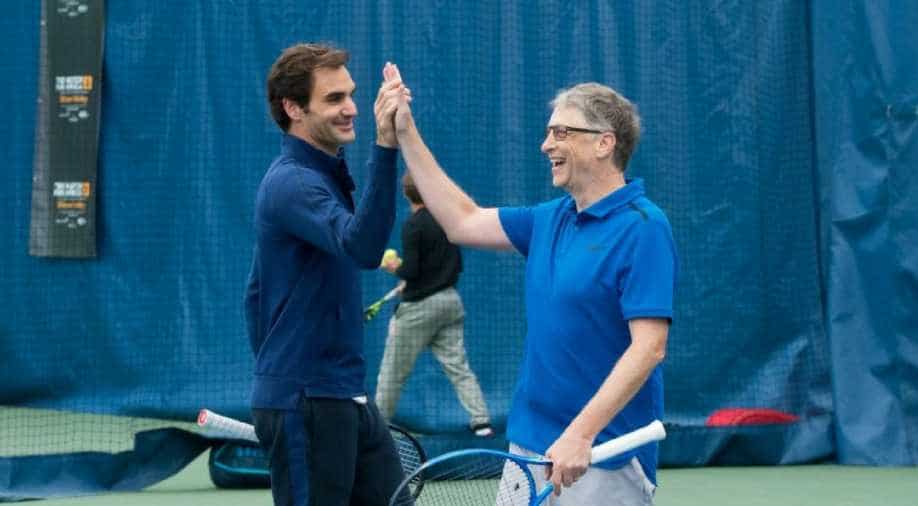 Bill Gates, the world's richest man worth $91 billion teamed up with tennis world number one Roger Federer for a very special cause and played a tennis match against US tennis player Jack Sock and Savannah Guthrie, the co-anchor of NBC News' TODAY. The most extraordinary doubles team of Roger and Gates won the match though, Savannah being a non-professional, helped her partner Jack to gains some crucial points.

The cause of such collaboration is to raise money for Roger Federer Foundation that aims to uplift underprivileged children in Africa so as to empower them by providing educational facilities.

Earlier, Federer and Gates, co-chairman of the Bill & Melinda Gates Foundation, the world's largest private charitable foundation, teamed up in Seattle for the Match for Africa 4, which raised $2 million for Federer's foundation.

The Roger Federer Foundation enhances a world where children living in poverty are able to take control of their future and actively shape it with an aims to develop existing educational services and early support in a sustainable way.

In recent years, fundamental problems such as low classroom performance, poor attendance and high numbers of drop-outs, as well as a lack of early childhood education.

The foundation wishes to empower as many African children as possible through access to high-quality early learning and education.

The match was live on Facebook where Bill Gates raised $17,745 USD for Roger Federer Charitable Fund.

The dream team is out again. Roger: “I am doing the running, Bill is doing the thinking...” #MatchForAfrica5 pic.twitter.com/U07ve0IYrM