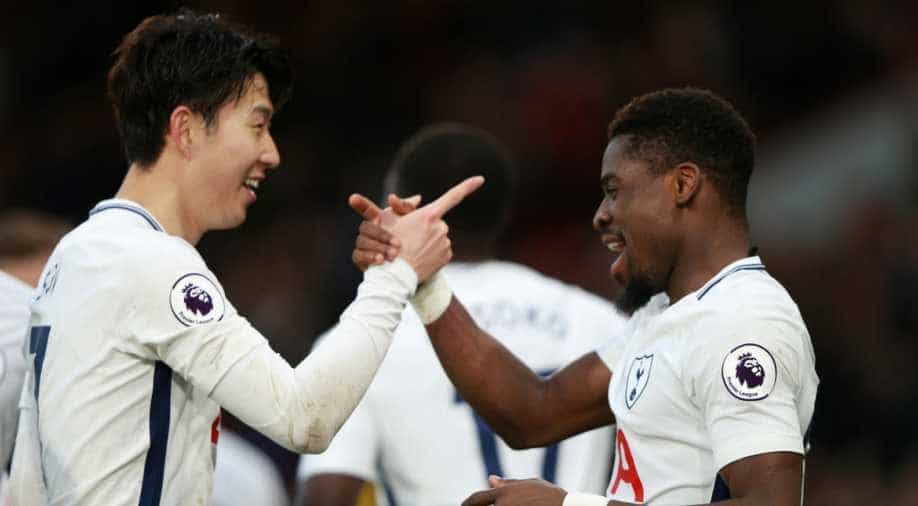 Tottenham Hotspur overcame a worrying injury to talismanic striker Harry Kane to beat mid-table Bournemouth 4-1 with a Son Heung-min double and goals from Dele Alli and Serge Aurier to move up to third in the Premier League.

The loss of England international Kane, Tottenham's top scorer, who went off with an ankle injury on the half-hour, took some of the gloss off a hard-won comeback victory with the visitors slightly flattered by two late goals.

???? Thank you for your support today! ????#COYS pic.twitter.com/oBIzXXUGgP

A high-octane Bournemouth startled to Junior Stanislas hitting the bar and then scoring after six minutes but Alli, who had not found the net in 15 games, ended his worst barren spell by equalising from a position usually occupied by Kane.

Alli also played a major part in Spurs' second goal, crossing for Son to score with a scuffed shot before the South Korean netted his seventh goal in four games from a late breakaway.

Fullback Serge Aurier made it 4-1 late on after Bournemouth goalkeeper Asmir Begovic failed to clear his lines.