Warner, De Kock fined for 'bringing the game into disrepute' 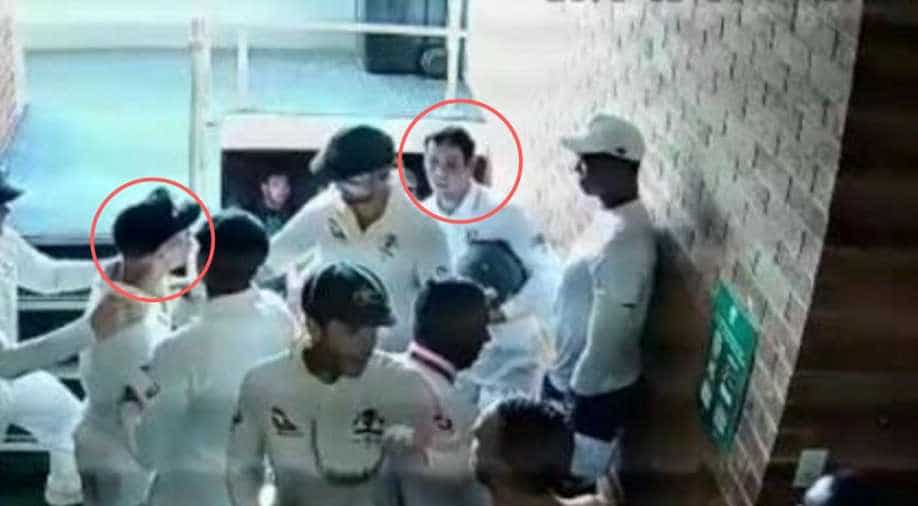 Recently, David Warner was seen apparently turning on South African wicketkeeper-batsman Quinton De Kock during the tea break on the fourth day of the first Test.

Their captains said personal insults were at the root of a row between Australia's David Warner and South Africa's Quinton de Kock.

ICC has charged Warner with 75 per cent of match fee from the first test and given three demerit points for a level two charge of bringing the game into disrepute because of an ugly verbal confrontation with De Kock.

Quinton de Kock was fined 25 percent of his match fee and given one demerit point for the heated off-field exchange.

If a player receives four or more demerit points within a two-year period, these are converted into suspension points. A suspension point amounts to a ban from one test or two ODIs, or two T20s, whichever come first.

The incident happened when both the teams were returning to their dressing rooms during the tea break on the fourth day of the first Test.

A leaked CCTV footage showed David Warner apparently turning on De Kock as the players walked up a narrow staircase.

Watch another video of David Warner repeatedly calling De Kock a "sook", which is Australian slang for somebody that is perceived to be soft.