Messi out of Barca squad to welcome baby 'Ciro' 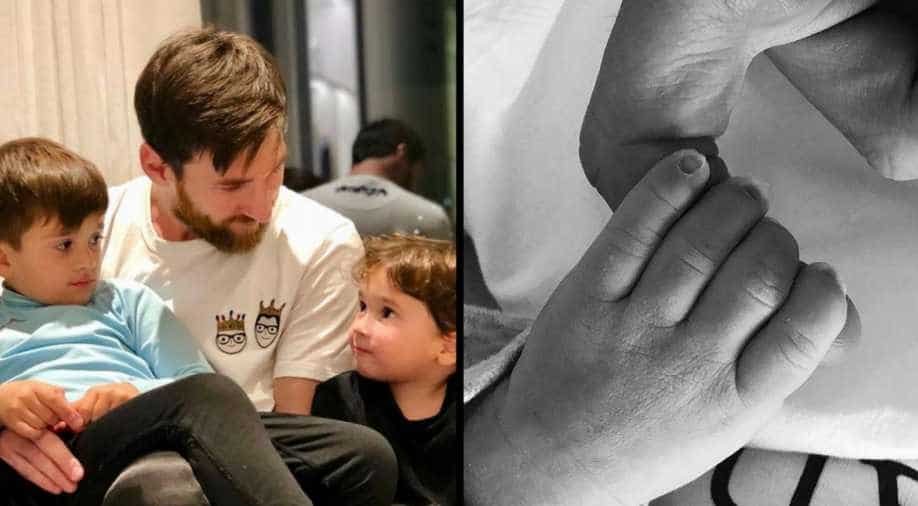 In Greek, the meaning of the name Ciro is sun or lordly and in Spanish also, the meaning is a bit similar which is throne or sun.

The Barcelona superstar has been given time off so that he can spend time with his family and celebrate the happy moments together.

It is expected that he will and be back in time for their Champions League clash against Chelsea on Wednesday.

Earlier in the month, Messi's wife Antonella Roccuzzo had revealed the gender and name of her third child. She shared a picture of a blue baby bed which was engraved with the name Ciro.

The adorable pair shares two sons, five-year-old Thiago and two-year-old Mateo both of them were born before marriage.

Barcelona's striker Lionel Messi must have planned a new tattoo for his third baby and as he already has tributes to Mateo and Thiago.

Antonella Roccuzzo had been very open about pregnancy as she kept posting related pictures on social networking sites.

On Mother's Day in Argentina, Roccuzzo posted a picture of the couple and two sons Thiago, four, and Mateo, two, touching her stomach, with the caption "Family of five".

Messi and Antonella, childhood lovers, got married in June 2017 in their hometown Rosario in Argentina.