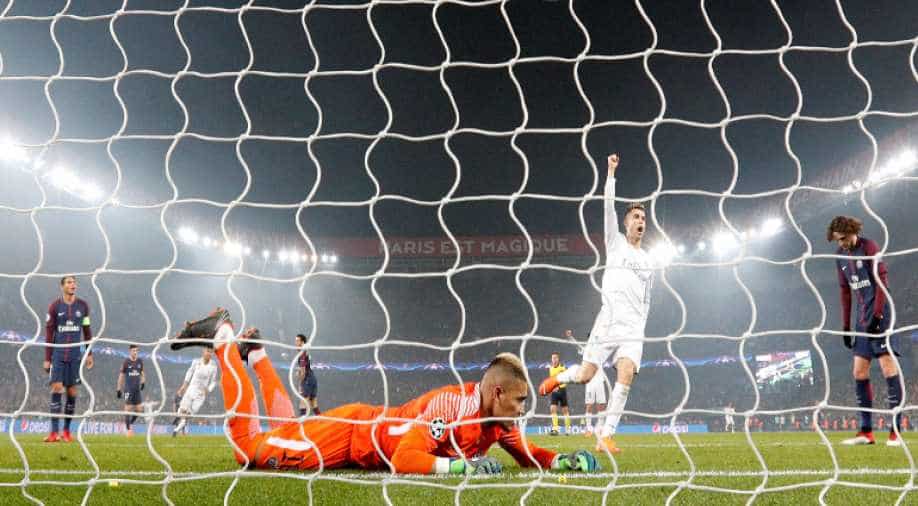 Real Madrid showed their collective strength in a clinical 2-1 win over Paris St Germain to reach the quarter-finals as the hosts slumped to another early Champions League exit on Tuesday.

Zinedine Zidane's side prevailed at the Parc des Princes with goals by Cristiano Ronaldo and Casimero for a 5-2 aggregate win as they were barely threatened in the last 16 return leg.

"Tactically we played the right way. We believe in what we're doing," Real coach Zidane told a news conference.

"Maybe tonight they weren't so good, but it's also because we played well. Obviously it became harder for them when we scored the second goal.”

PSG finished the game with 10 men after Marco Verratti was sent off for a second bookable offence in the 66th minute, but Real had done the job already.

"It's true that Madrid deserved to go through. I think in the important moments of the game, they were better," PSG's Spanish coach Unai Emery told a news conference.

The defeat came a year after PSG went out at the same stage after losing 6-1 at Barcelona, having won the first leg 4-0.

"I think they controlled 60 percent of the game and we didn't do enough with the 40 percent we had," he added.

"Losing to Real Madrid itself isn't a disappointment, but being knocked out in the last 16 is."

PSG were in control in the first half, dominating in midfield, but without their Brazilian talisman Neymar, who is recovering from ankle surgery, they were toothless up front.

"I think over there we had the chance, it was 50-50, but we didn't take advantage of that," he added, referring to PSG's 3-1 defeat at the Santiago Bernabeu.