Messi just one in the world: FCB coach Ernesto Valverde 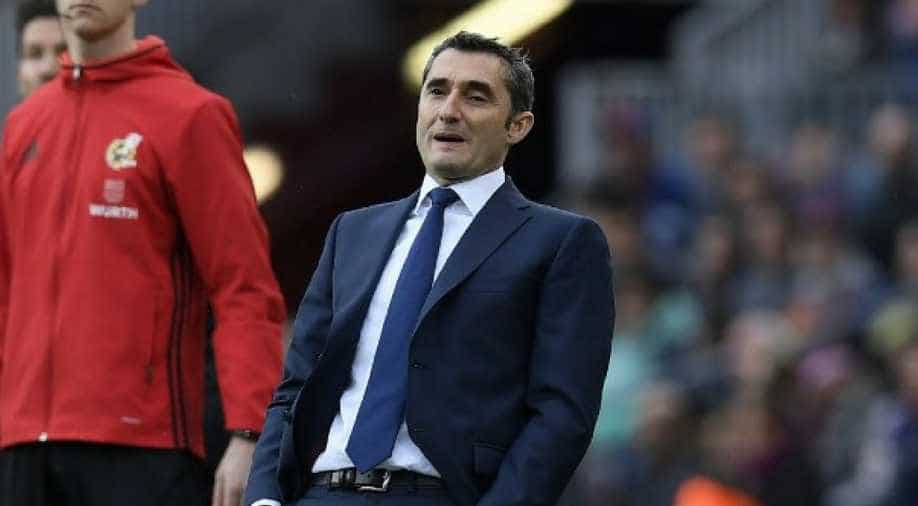 FC Barcelona defeated the visitors Atletico Madrid by 1-0 at their home ground Camp Nou on Sunday. Both the teams are neck-to-neck and are racing to be at number one spot at the Spanish League table. Barca has maintained a modest lead throughout the season but in the previous matches, Atletico displayed a splendid performance to cut the gap between them and the table leaders.

FC Barcelona was five points ahead of second-ranked Atletico Madrid which further extended to eight as marvellous Messi netted in the 26th minute by clearing a free-kick and hitting a swinging banana shot into the top right corner and gave a 1-0 lead. It was Messi's 600th career goal from 25 yards out.

Messi's goal gave Barcelona a 1-0 win against second-place Atletico Madrid and widened the gap over their closest rivals to eight points with 11 games remaining.

Besides Barca fans and followers, the coach Ernesto Valverde is also very happy after the vital win against Atletico. In the post-match presentation, he said, "(Lionel) Messi there is just one in the world."

"I don't know what would have happened (if he would not be playing for Barcelona), but what is the reason to think about that if he is playing with us?"

He also focused on further matches and hoped the team would compete well in such important and crucial games and said, "We have made a step forward, but it is not definitive."

Before the match, Atletico coach Diego Simeone had hailed Griezmann saying, "Antoine is an extraordinary footballer and when he is at his level like this, he is one of the best, and it is clear that in his present position he is in the perfect place."

But Atletico striker Antoine Griezmann, who came in with seven goals in two games, was largely anonymous.