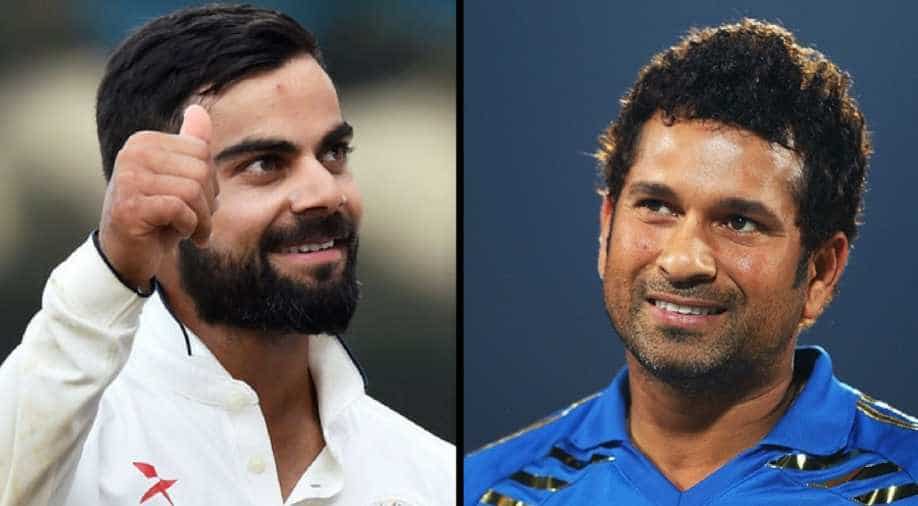 The favourite topic of debate for Indians since Virat Kohli broke big on the Indian cricket scene has been whether he is better than Sachin Tendulkar. The mere mention of this topic has resulted into fistfights among cricket aficionados and broken many life-long friendships.

Recently, Kohli added another feather in his cap by winning the elusive ODI trophy in South Africa, something which Indian cricket fans have been craving since time immemorial. It wouldn't be wrong to say that Kohli was the main difference between the two teams and probably won India the series through his couple of match-winning knocks. This series hasn't been an exception in Kohli's career. He has done this for India time and again.

But go back a few years and the man entrusted with the same task was Sachin Tendulkar. For almost two decades, Sachin was the main pillar of the Indian batting line-up, so much so that watching a cricket match meant watching Sachin bat and a century from him brought more joy than the team winning the match.

Millennials says that Kohli doesn't exactly inspire the same awe or stirs the same emotions. But they ask how many matches did Sachin exactly win for India? A lot of his ODI centuries came in the losing cause.

Almost everyone has chosen a side religiously in the Sachin-Kohli debate, but there is one thing that everybody agrees to and that is both these legends can bring the time to a standstill and unite the entire nation.

The streets went empty when Sachin used to bat and now people put down their phones to watch Kohli break records. Just like this analogy, Sachin and Virat used to play in very different eras and that is what makes it hard to compare them.

Pitches and boundary line: Over the past few years, cricket has gone through a lot of transformation. The game has evolved and it is now more suited for the batsmen. Also, it has become a lot more commercialised. Advertisers want more fours and sixes to be hit so that they can brand them. Broadcasters want whole 50 overs to be played so that they drive more revenues. Audiences want a high adrenaline pumping match that goes till the last ball.

This has resulted into pitches being tailor-made for the batsmen and shorter boundaries. Batsmen can score more easily and hitting every other ball for a six is a no big deal anymore. Not taking away anything from Kohli for sending the ball to the park with an unmatchable frequency, but this wasn't the case when Sachin used to play. The boundaries used to be longer and pitches were made to ensure an even contest between bat and ball. Also consider the size of the bats that were used. The bats today are designed to facilitate thrashing of the ball. Kohli has this advantage as well.

Irrespective of this, Sachin had one the best strike rates among his contemporaries and the calibre to hit almost any bowler of repute out of the park. It was a rarity back then.

Kohli too does this but just that there are a lot of others who do it. In the world of T20 cricket, ability to hit the ball for a six is no longer a rarity but a pre requisite.

Bowlers: Sachin played against the most formidable bowlers in the cricket history. From Wasim Akram to Glenn McGrath, he has scored against them all. During his career, almost each and every team had a deadly pace attack and ace spinners. Sachin has faced the likes of Alan Donald, Jason Gillespie, Waqar Younis, Saqlain Mushtaq, Shane Warne, Murlitharan and Shoaib Akhtar. The current crop of bowlers, barring a few, are merely the shadow of their predecessors. This makes Sachin's knocks all the more valuable.

But at the same time, let's take into account that Kohli is scoring at a pace that is faster than his contemporaries. Kohli has hit almost all bowlers easily and that is a feat which his competition, Steve Smith, hasn't been able to do. He has scored consistently in all conditions and against all bowlers wherein batsmen like Rohit Sharma and AB De Villiers have struggled.

Batting line-up: For most of his cricket career, team India was overtly dependent on Sachin. He never really played freely till the mid-2000s. Opposition only had to get Sachin out to win the match. Sachin was always under pressure to perform and in most cases he used to outscore the entire team.

Kohli has had the cushion since inception to play in a team which has been the best batting squad in the world. He has rubbed shoulders with players like Virendra Sehwag, Gautam Gambhir, Sachin Tendulkar, Yuvraj Singh, Mahendra Singh Dhoni and Rohit Sharma to name a few. For most part of his career, he has been able to express himself freely and play without the fear of team only being dependent on him.

But this in no way means that Kohli doesn't have the ability to carry the entire weight of the team on his shoulders. He is perfectly capable of leading India to the victory and has demonstrated that multiple times in the past.

Irrespective of all the analysis, there is only one thing that we can agree upon. There can be no comparison between two great cricketers of different era. You cannot compare Virat Kohli to Sachin Tendulkar, just like you cannot compare Sachin Tendulkar to Sunil Gavaskar. We should take pride that India has produced such batting legends who have redefined the game time and again while bringing joy to a country of a billion people. 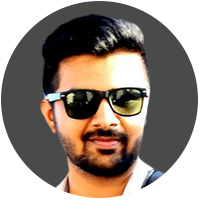