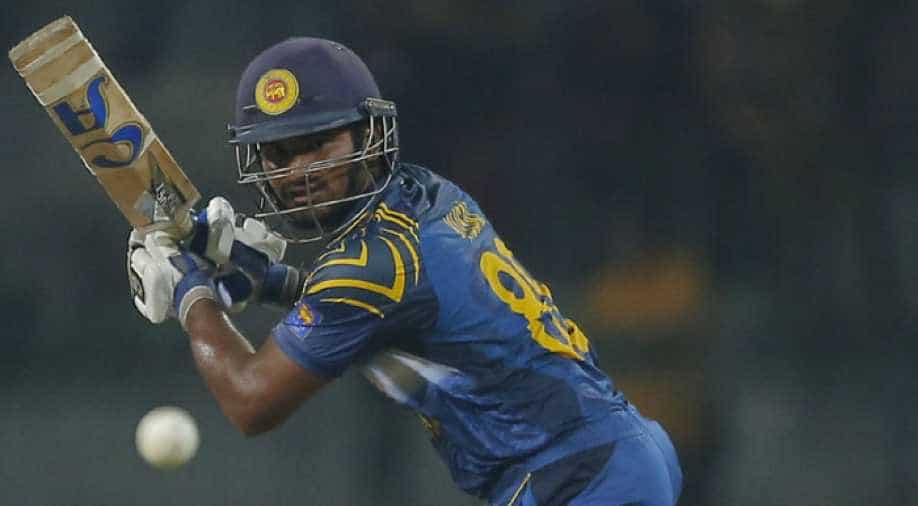 The hosts won the opener of the T20 tri-series by five wickets after India, despite having early advantages failed to defend 174.

Perera went on to score 66 runs off 37 balls, before getting stumped off Washington Sundar.

Danushka Gunathilaka and Kusal Mendis gave the hosts a decent start with the two scoring 33 and 11 runs respectively.

But it was Kusal Mendis' wickets which at one point damaged the Sri Lankan innings.

However, Perera managed to fill the vacuum by smashing Shardul Thakur for five fours and one six to help his team recover the loss.

The Men In Blue had set a decent target of 175 runs for Sri Lanka with Shikhar Dhawan scoring his fifth T20 International fifty.

Dhawan’s knock and his superb partnership with Manish Pandey helped India recover after they had lost Rohit Sharma for 0 and Suresh Raina for 1.

Pandey played in an impressively splendid manner before giving away his wicket to Mendis. He scored 37 runs off 35 balls.

Sri Lanka won the toss and asked India to bat first in the tri-series opener at R.Premadasa Stadium in Colombo.