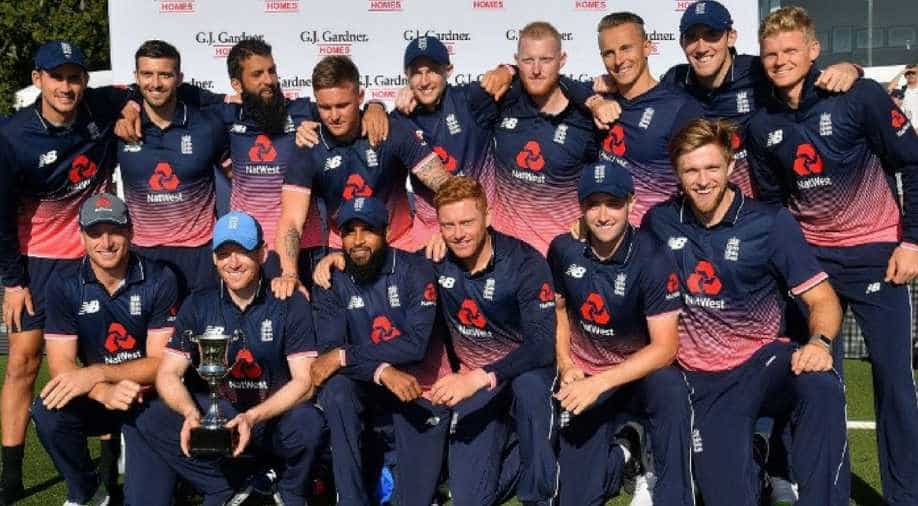 England defeated New Zealand by 7 wickets in the 5th and final ODI match to clinch the five-match series by 3-2  at Hagley Oval, Christchurch on Saturday. Earlier, England captain Eoin Morgan won the toss and opted to bowl.

Jonny Bairstow slammed his second successive century that included eight boundaries and six sixes to inspire his team to win the decider match.

"It's different from batting in the middle order but my job now is to score big hundreds and contribute match-winning scores," said the innings opener Bairstow.

For his magnificent innings, he was awarded man of the match.

Playing first, New Zeland had been dismissed for 223 after England never allowed the hosts to develop any momentum with the bat and kept taking regular wickets to put pressure.

For New Zealand, Martin Guptill scored 47 runs for the team but lost his wicket as immense pressure was building up on him because New Zealand kept losing wickets from the other end.

In the end, Bairstow made it look too easy for England. Stokes finishes it off with a six, and that's the series wrapped up 3-2! ????#NZvENG SCORECARD ➡️ https://t.co/2Pnu6S7T6Z pic.twitter.com/xW9ZLdwB9n

Henry Nicholls tried to salvage the Blackcaps and found a determined ally in Mitchell Santner but lost his wicket after scoring 55 crucial runs. Santner, who rescued New Zealand in the first match, hit a personal best 67.

Mark Wood bowled Kane Williamson for 14 before spinners Adil Rashid and Moeen Ali stepped up to decimate the middle of the New Zealand innings.

Chris Woakes emerged as the most economical of the England bowlers finished with three for 32 off his 10 overs.

Smiles all around!@chriswoakes wins Player of the Series award for his brilliance with the ball. #NZvENG pic.twitter.com/hEQrusqXAY

New Zealand suffered a major blow before the start of final ODI as their star batsman Ross Taylor has been ruled out due to a thigh injury.

Taylor scored an unbeaten 181 to inspire his side to a five-wicket win in the fourth game in Dunedin that levelled the series at 2-2 on Wednesday.

Taylor has been replaced by Mark Chapman and England has made another change by bringing opening batsman Alex Hales in for the injured Jason Roy.