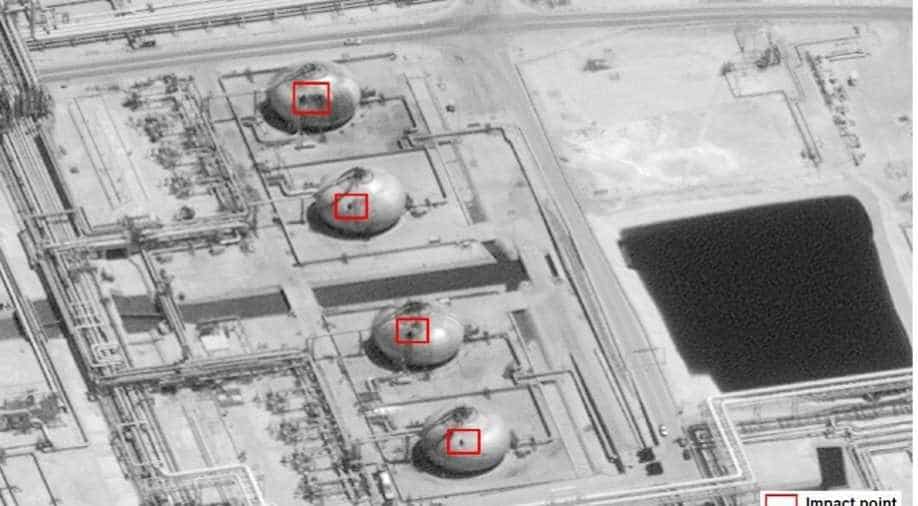 The Saudi-led military coalition in Yemen bombed rebel camps including in the capital Sanaa on Friday, witnesses and AFP correspondents said, days after the Huthis attacked an oil facility in Saudi Arabia.

Several coalition air strikes targeted Huthi military camps in Sanaa, as well as the city of Amran north of the capital, and the western port region of Hodeida, the sources said.

No casualties were immediately confirmed.

"We woke up today to raids and the sound of large explosions that frightened the whole neighbourhood," Abdelkarim al-Qudsi, a 41-year-old who lives in Al-Hafa, in the capital's east, told AFP.

The Iran-backed Huthi rebels said Monday that they struck an oil facility in the Saudi city of Jeddah with a Quds-2 missile, in retaliation for Riyadh's role at the head of a military coalition that supports the government in Yemen's long conflict.

Saudi Aramco said the strike tore a hole in an oil tank, triggering an explosion and fire.

The Huthi rebels, who control Sanaa and much of the north, have been fighting the government since 2014, and the Saudi-led military coalition intervened in the conflict the following year.

"Saudi Arabia and the United Arab Emirates want to scare us with their air strikes, but we say to them that their raids will only increase our strength," the official told AFP, requesting anonymity.

Saudi Arabia has been targeted with dozens of ballistic missile and drone attacks since the start of last year, including a devastating strike on Aramco's facilities in the country's east which temporarily knocked out half the kingdom's crude output.

That strike was claimed by the Huthis, but the United States said it involved cruise missiles from Iran.

Tens of thousands of Yemenis, mostly civilians, have been killed and millions displaced in what the United Nations has called the world's worst humanitarian disaster.