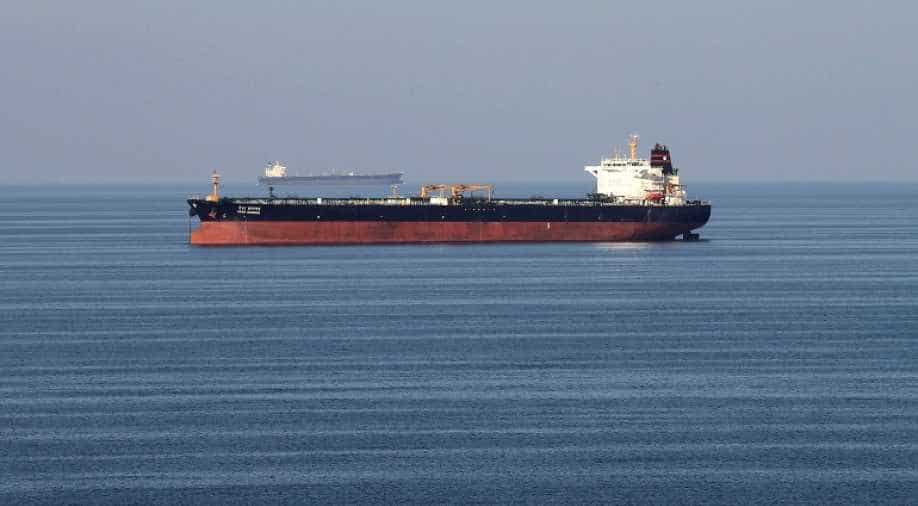 The situation is not a war, and what is happening now should not be exaggerated, Suhail al-Mazrouei said on the sidelines of a conference in Abu Dhabi, capital of the UAE, an OPEC producer.

The United Arab Emirates' energy minister said on Wednesday he saw no immediate risk to oil passing through the vital gateway of the Strait of Hormuz after Iran attacked bases housing US forces in Iraq.

Iranian officials have said the missile strikes were a response to Friday's killing of top Iranian commander Qassem Soleimani in Baghdad.

The situation is not a war, and what is happening now should not be exaggerated, Suhail al-Mazrouei said on the sidelines of a conference in Abu Dhabi, capital of the UAE, an OPEC producer.

"We will not see a war," he added. "This is an escalation between the United States, which is an ally, and Iran, which is a neighbour, and the last thing we want is more tension in the Middle East."

Oil prices were about 1% higher on Wednesday, but well below highs hit in a frenetic start to the trading day after the missile attacks raised the spectre of a spiralling conflict and disruption to crude flows.

Iranian Oil Minister Bijan Zanganeh was quoted by the semi-official ISNA news agency as saying on Wednesday that Tehran was benefiting from rising oil prices, and also called on the United States to quit the region.

Also Read: All is well, so far, so good, says Trump after Iran's missile strikes at US bases in Iraq

"The trend of oil prices is up and this benefits Iran ... Americans should stop disturbing the region and let the people of the region live," Zanganeh said.

OPEC's Secretary-General Mohammed Barkindo told the conference in Abu Dhabi that oil facilities in Iraq, the second-biggest producer in OPEC, were secured and output was continuing.

He said global spare oil capacity stood at around 3-3.5 million barrels per day (bpd), with the majority held by Saudi Arabia, the top producer in the Organization of the Petroleum Exporting Countries (OPEC).

The UAE's Mazrouei said OPEC would respond to any possible oil shortages if needed, within its "limitations". But he saw no sign of a supply shortage, with healthy demand and global oil inventories hovering around the 5-year average.

"We are not forecasting any shortage of supply unless there is a catastrophic escalation, which we don't see," he said.

Barkindo said he was confident that leaders in the Middle East were doing everything possible to restore normal conditions.

The region was shaken last year by attacks on oil tankers near the Strait of Hormuz and an assault on Saudi energy plants that initially halved the kingdom's crude output.

Washington and Riyadh blamed their common foe Iran, also an OPEC member, for those strikes, a charge Tehran denied.

Barkindo said the forecast for global demand growth was around 1 million BPD, adding this was "not robust and not alarming".

Asked what message he would send to U.S. President Donald Trump, Barkindo told the gathering that the United States' emergence as a leading oil and gas producer should carry shared responsibility for energy market stability.

"The continued task of the OPEC+ to maintain stable oil markets on a sustainable basis is a shared responsibility of all producers including the US," Barkindo said.

"OPEC alone can't shoulder that responsibility. We invite the United States to join us in this noble objective," he added.

OPEC and its allies, a grouping is known as OPEC+, has been capping production since 2017 to avert oversupply and support prices. The US is not part of this oil supply management agreement.