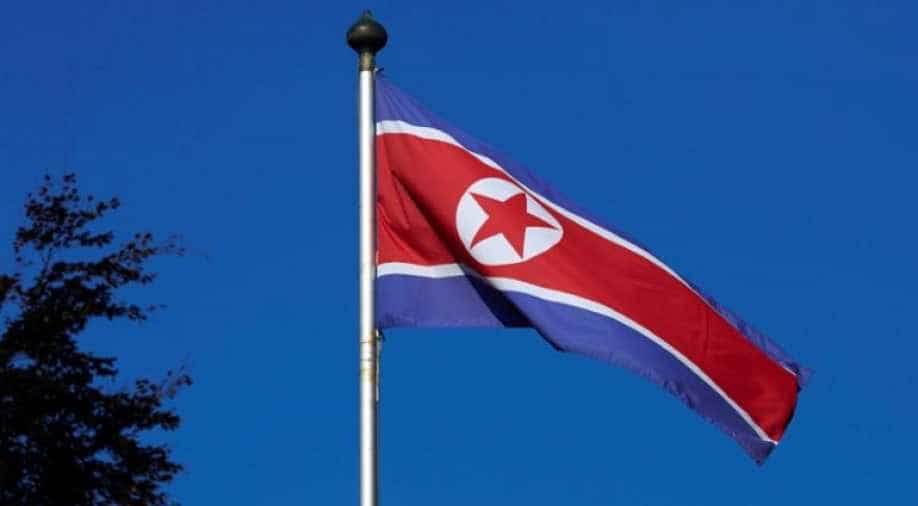 A North Korean flag flies on a mast at the Permanent Mission of North Korea in Geneva. Photograph:( Reuters )

The resolution, sponsored by dozens of countries including the United States, was adopted by the 193-member General Assembly without a vote. Such resolutions are non-binding but can carry political weight.

The United Nations General Assembly on Wednesday condemned "the long-standing and ongoing systematic, widespread and gross violations of human rights in and by" North Korea in an annual resolution that Pyongyang's UN envoy rejected.

The resolution, sponsored by dozens of countries including the United States, was adopted by the 193-member General Assembly without a vote. Such resolutions are non-binding but can carry political weight.

North Korea's UN Ambassador Kim Song told the General Assembly that the resolution has "nothing to do with the genuine promotion and protection of human rights, as it is an impure product of political plots by hostile forces that seek to tarnish the dignity and image of the DPRK and overthrow our social system."

Then in 2016, the United States angered North Korea by blacklisting Kim for human rights abuses.

Earlier this month at least eight UN Security Council members pushed for a meeting on human rights abuses in North Korea. Pyongyang responded that it would consider such a move a "serious provocation" to which it would "respond strongly."

Diplomats said a meeting would have prompted China to call a vote to stop it, even though it would not have enough support.

But the United States, which is president of the Security Council for December, decided to convene a meeting that instead focused on concerns that North Korea could resume nuclear or long-range missile testing, suspended since 2017, because denuclearization talks between Pyongyang and Washington have stalled.

On Monday, China and Russia proposed the 15-member Council lift a ban on North Korea exporting statues, seafood and textiles, and ease restrictions on infrastructure projects and North Koreans working overseas, according to a draft resolution seen by Reuters.

A US State Department official said on Monday that now was not the time to consider lifting UN sanctions on North Korea.

The United States, Britain and France have insisted that no UN sanctions should be lifted until North Korea takes concrete steps to give up its nuclear and ballistic missile programs. Pyongyang has been subject to UN sanctions because of those programs since 2006.