Denuclearisation off negotiating table with US: North Korea's UN envoy 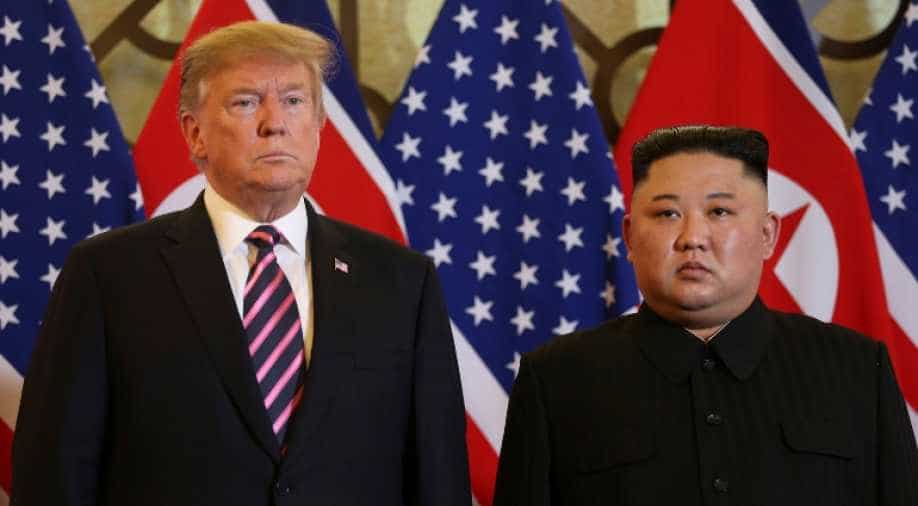 Kim said in a statement that the "sustained and substantial dialogue" sought by the United States was a "time-saving trick" to suit its domestic political agenda, a reference to US President Donald Trump's 2020 reelection bid.

North Korea's ambassador to the United Nations said on Saturday that denuclearisation is off the negotiating table with the United States and lengthy talks with Washington are not needed.

Ambassador Kim Song's comment appeared to go further than North Korea's earlier warning that discussions related to its nuclear weapons program, the central focus of US engagement with North Korea in the past two years, might have to be taken off the table given Washington's refusal to offer concessions.

Kim said in a statement that the "sustained and substantial dialogue" sought by the United States was a "time-saving trick" to suit its domestic political agenda, a reference to US President Donald Trump's 2020 reelection bid.

"We do not need to have lengthy talks with the US now and denuclearisation is already gone out of the negotiating table," he said in the statement made available to Reuters.

The US State Department did not immediately respond to a request for comment.

Tensions have risen ahead of a year-end deadline set by North Korea, which has called on the United States to change its policy of demanding Pyongyang's unilateral denuclearisation and demanded relief from punishing sanctions.

North Korean leader Kim Jong Un has warned he could take an unspecified "new path" next year, raising fears this could mean a return to the nuclear bomb and long-range missile testing suspended since 2017.

On Tuesday, North Korea's Foreign Ministry repeated a call for Washington to change its "hostile policies" and said it was up to Washington to decide what "Christmas gift" came at the end of the year.

Kim Song also hit out at a statement this week from EU members of the UN Security Council criticising recent short-range launches by North Korea, calling it a "serious provocation" against Pyongyang and saying they were playing the role of "pet dog" of the United States.

Trump and Kim Jong Un have met three times since June 2018, but talks have made little progress and recent days have seen a return to the highly charged rhetoric that raised fears of war two years ago.

In 2017, the two leaders famously engaged in a war of words, with Trump calling Kim Jong Un "Rocket Man" and North Korea slamming the US president, now 73, as a "dotard".

On Tuesday, Trump once again called Kim "Rocket Man" and said the United States reserved the right to use military force against North Korea. Pyongyang said any repeat of such language would represent "the relapse of the dotage of a dotard."

In spite of Trump's reprise of the Rocket Man meme, he still expressed hope that Kim Jong Un would denuclearise. On Friday the US ambassador to the United Nations said the United States had not yet decided whether to have a UN Security Council meeting to discuss North Korean human rights abuses that has angered Pyongyang.

It said the two leaders agreed that the situation has become "severe" and that "dialogue momentum should be maintained to achieve prompt results from denuclearisation negotiations."