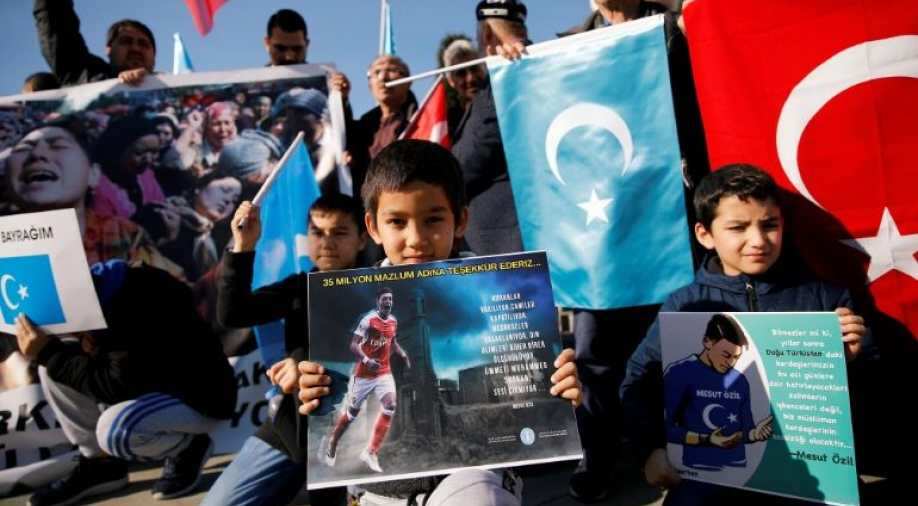 After Ozil's comments, China's state broadcaster CCTV had taken off the Manchester City vs Arsenal Premier League game from its programming.

On Monday, China's foreign ministry spokesman had said that the Arsenal player was "deceived by fake news" on Xinjiang province while declaring that the country would be "pleased to see him going to Xinjiang and having a look".

In a social post which went viral on social media, the German football star had that in "east Turkistan, the bleeding wound of the Ummah, resisting against the persecutors trying to separate them from their religion. They burn their Qurans. They shut down their mosques. They ban their schools. They kill their holy men. The men are forced into camps and their families are forced to live with Chinese men."

"The women are forced to marry Chinese men."

"But Muslims are silent. They won’t make a noise. They have abandoned them. Don’t they know that giving consent for persecution is persecution itself?"

After Ozil's comments, China's state broadcaster CCTV had taken off the Manchester City vs Arsenal Premier League game from its programming.

US secretary of state today in his Twitter post said that "China’s Communist Party propaganda outlets can censor Mesut Ozil and Arsenal games all season long, but the truth will prevail," adding, "The CCP can’t hide its gross human rights violations perpetrated against Uighurs and other religious faiths from the world."

China’s Communist Party propaganda outlets can censor @MesutOzil1088 and @Arsenal’s games all season long, but the truth will prevail. The CCP can’t hide its gross #HumanRights violations perpetrated against Uighurs and other religious faiths from the world.

The United States and China have openly clashed over Beijing's treatment of its Uighur Muslim minority. Earlier this month, the US House of Representatives had passed a bill requiring the US president to condemn abuses against Muslims even as it called for the closure of the camps in Xinjiang.

The Uighur bill was passed 407-1 in the Democratic-controlled House of Representatives. The bill also mandated the US president to impose sanctions on a member of China's politburo Xinjiang Communist Party Secretary Chen Quanguo.