Mesut Ozil deceived by fake news, will be pleased to see him go to Xinjiang: China 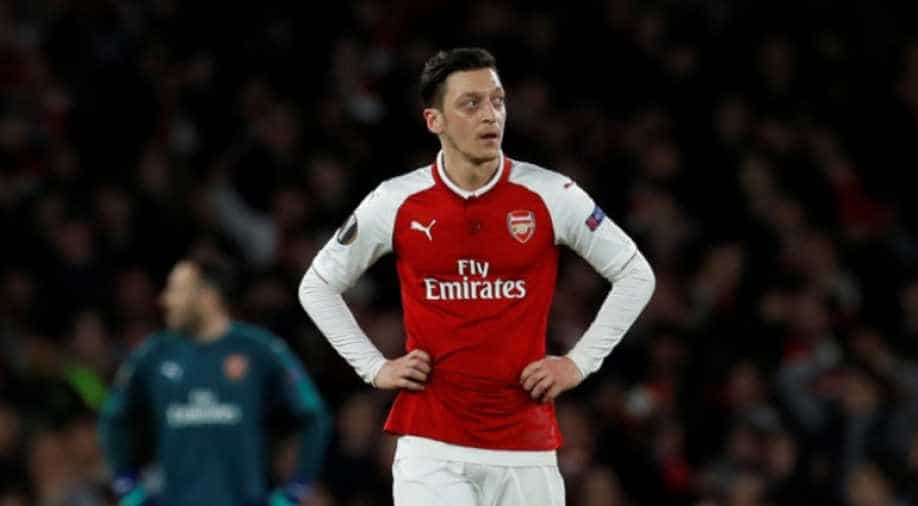 China's foreign ministry spokesman Geng Shuang said that  'it seems he has been deceived by fake news, and that his judgment was influenced by untruthful remarks'.

In his social post which went viral on Friday, Ozil, 31, who is a German of Turkish origin said: "East Turkistan, the bleeding wound of the Ummah, resisting against the persecutors trying to separate them from their religion. They burn their Qurans. They shut down their mosques. They ban their schools. They kill their holy men. The men are forced into camps and their families are forced to live with Chinese men. The women are forced to marry Chinese men."

"But Muslims are silent. They won’t make a noise. They have abandoned them. Don’t they know that giving consent for persecution is persecution itself?"

China's foreign ministry spokesman Geng Shuang said that  "it seems he has been deceived by fake news, and that his judgment was influenced by untruthful remarks".

"If Mr. Ozil has the opportunity, we will be pleased to see him going to Xinjiang and having a look," Geng said, adding, "As long as he has common sense, can make a clear distinction between right and wrong, and upholds the principles of objectivity and fairness, he will see a different Xinjiang."

"I don't know if Mr. Ozil has been to Xinjiang himself. But it seems he has been deceived by fake news, and that his judgment was influenced by untruthful remarks," China's foreign ministry spokesman added.

After Ozil's comments, China's state broadcaster CCTV took off the Manchester City vs Arsenal Premier League game from its programming.

Last month, a leaked Chinese government document had revealed that clampdown on Uighurs and Muslims in  Xinjiang. United Nations experts had said earlier that at least 1 million Uighurs members have been detained in camps in Xinjiang. However, it was unclear who leaked the document. China, however, denied mistreating the Uighurs in the restive Xinjiang area.