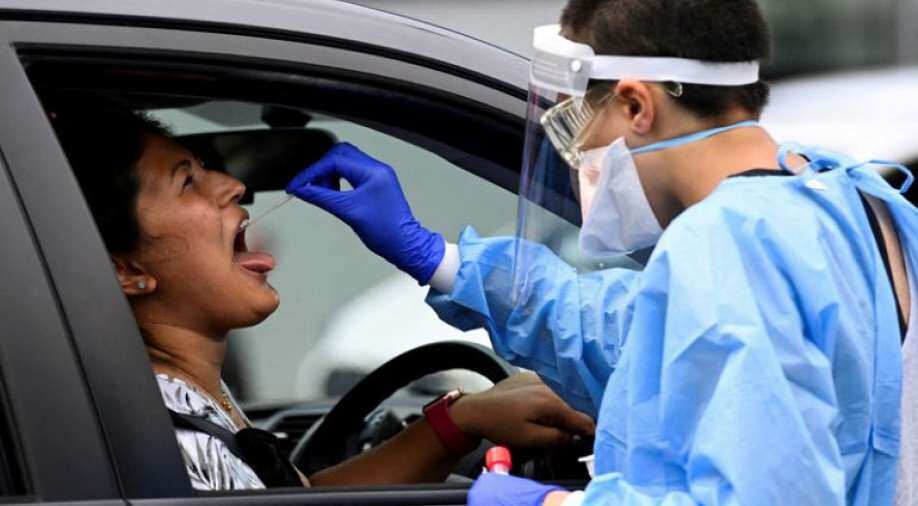 A woman takes a test for the coronavirus disease, in Sydney, Australia Photograph:( Reuters )

Widely labelled the hermit kingdom, Western Australia has stood out for its "hard border", while other Australian states have adjusted their border policies depending on the severity of the pandemic

Western Australia, the mining-heavy state that has held firm on strict borders controls for two years, said it will be reopening to triple vaccinated visitors after deciding it can cope with the Omicron outbreak.

Widely labelled the hermit kingdom, Western Australia has stood out for its "hard border", while other Australian states have adjusted their border policies depending on the severity of the pandemic.

By comparison, the country's two most populous states, New South Wales (NSW) and Victoria that are home to Sydney and Melbourne, relaxed their borders in November.

"We have the right systems in place to deal with the faster spreading Omicron, with the right close contact rules, public health measures and rapid antigen test supplies," Western Australia state Premier Mark McGowan told reporters as he announced a March 3 reopening.

"Our hosts are ready, our workforce is ready, Western Australia is ready."

McGowan's tough border stance had proven popular with voters in his home state but a growing number of other state and federal leaders, unions and business groups had expressed concern about the economic impact of isolating Western Australia without a clear end date.

Under Western Australia's current border controls, people have to apply for permission to enter the state from elsewhere in the country, usually based on urgent family or business matters. If granted permission to enter, they are required to do seven days of quarantine and a series of rapid antigen tests - effectively keeping out most travellers.

The decision to reopen came as Western Australia logged a record 194 locally transmitted coronavirus cases, still far lower than most other states which are preparing to welcome overseas arrivals from Monday.

Like most countries, the fast-moving Omicron variant has pushed Australia's coronavirus infections and hospital cases to record levels. But nationwide numbers have been on a downtrend in recent days with a booster rollout gathering pace.

In Sydney and Melbourne, authorities on Friday lifted curbs on singing and dancing in nightclubs as well as most other remaining COVID-19 restrictions amid a steady fall in hospital cases. Mandatory QR check-ins at buildings were also scrapped.

From Feb. 25, masks will be needed only on public transport and indoors at airports and hospitals.

"We don't want restrictions in place for any longer than necessary and with hospitalisation and ICU rates trending downwards, now is the right time to make sensible changes," said New South Wales Premier Dominic Perrottet.

New South Wales and Victoria, home to more than half of Australia's 25 million people, have been the worst hit by the Omicron wave and had to reintroduce several tough curbs last month.

More than 23,000 new cases and 38 deaths were reported in the country on Friday. Most of Australia's pandemic total of around 2.7 million confirmed cases have been detected since the emergence of the Omicron variant in late November. Total deaths stand at 4,836.