Ranveer Singh is killing it with Pharrell Williams at his Holi party, we have proof! 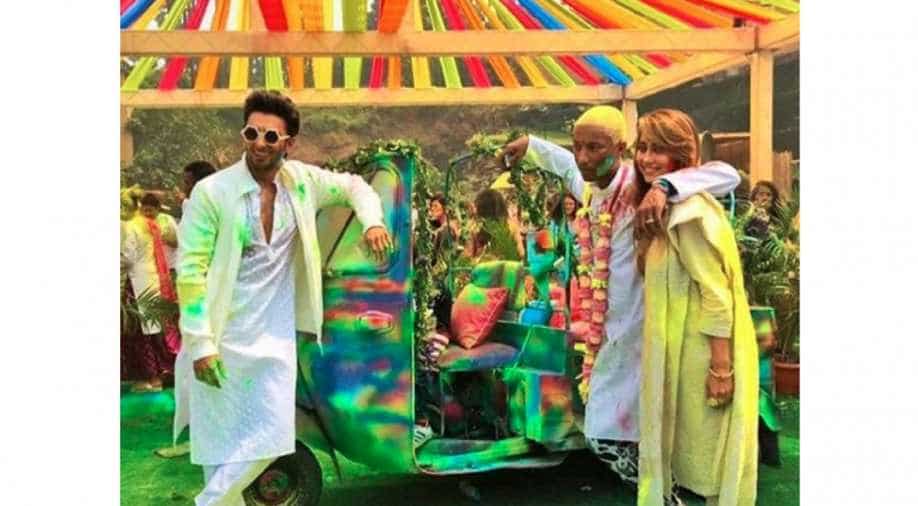 We informed you about the grand Holi party with Ranveer Singh is hosting international pop icon Pharrell Williams today.

Looks like the party has started and all videos and photos of the event are proof that it's one crazy get-together.

Ranveer Singh had earlier shared a photo on Instagram that read: 'Join Pharrell in India. Streaming live from the Holi festival hosted by Ranveer Singh'. The post goes on to reveal that the party will take place on March 2, 2018, starting from 6 pm and the best part if you have noticed, is that it be live for all of us to watch!

As to why this party was organised, according to a report published in a leading daily, a source said: “Pharrell is coming down to India to launch his new clothing line that is inspired by the festival of colours, Holi. And since Ranveer is also the brand ambassador of the same brand, they thought why not get the biggest young face of Bollywood to host one of the biggest singing sensations of the world. It’s a genius idea to get Ranveer and Pharrell play Holi together. The event is on March 2nd and as you can imagine, things will go berserk."

The report adds: “The organisers are set to utilise their strong social media presence during the event to popularise the Holi party and make it a blockbuster success."

On the work front, Ranveer's last release Padmaavat alongside Deepika Padukone and Shahid Kapoor has become a blockbuster. The actor is currently shooting for Zoya Akhtar's Gully Boy. He will be working alongside Alia Bhatt in the film. The film is based on the lives of rappers Divine and Naezy.