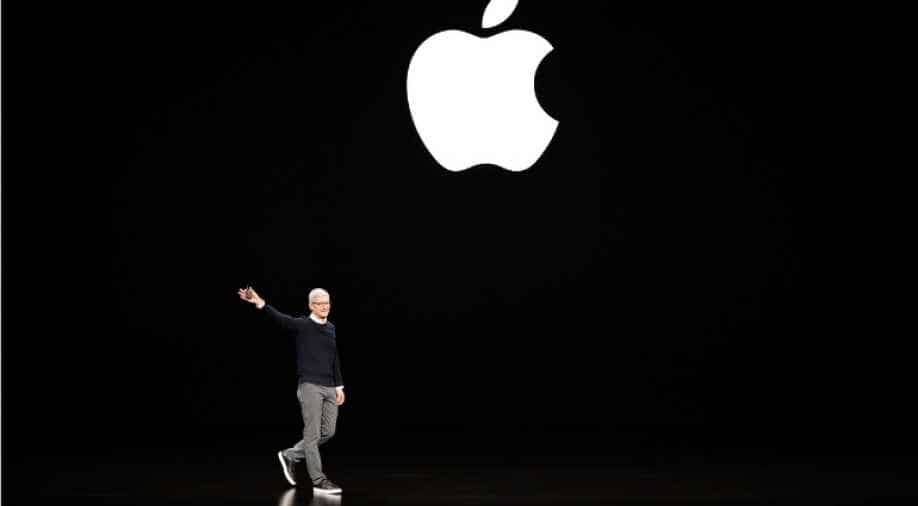 Profit in the quarter ending in September dipped four per cent from a year ago to $13.7 billion while revenues edged up two per cent to $64 billion.

Apple on Wednesday reported stronger-than-expected profits for the past quarter, fueled by growth in digital services and wearables that helped offset slower iPhone sales.

Profit in the quarter ending in September dipped four per cent from a year ago to $13.7 billion while revenues edged up two per cent to $64 billion.

Apple, set to launch a new streaming television service this week, saw strong revenue gains in its services segment, which includes music, digital payments and software, and in its segment for wearables and accessories that includes its Home Pod, Apple Watch and ear buds.

"There were no blemishes in the quarter with Cook & Co. delivering a masterpiece quarter despite its back against the wall with the company the poster child of the US/China trade battle," Wedbush analyst Dan Ives said in a note to investors.

Cook hailed the results as "the conclusion of a remarkable fiscal 2019 for Apple," and said the company "established new all-time highs for multiple services categories."

Apple, which has ceased reporting unit sales of iPhones, said revenue from its smartphones fell nine percent in the quarter to $33.4 billion.

Services accounted for 20 per cent of revenues, according to chief financial officer Luca Maestri, with 18 per cent growth in the segment to $12.5 billion.

The wearables and accessories category produced revenue growth of 54 percent to $6.5 billion, led by gains in sales of Apple Watch and the wearable Air Pods.

Apple saw modest sales declines in its "greater China" region and in Europe and Japan, but this was offset by gains in North America and elsewhere in Asia.

"Importantly on the iPhone front, China came in well above our and Street expectations and is on the path to showing growth in the region," Ives said.

Apple has been seeking to shift its revenue mix amid a slumping smartphone market and growing competition in the segment.

The company, which recently launched a lineup of iPhone 11 handsets, said it would allow customers to purchase the devices interest-free with its Apple Card and pay over 24 months.

"It's early but the trends look very good" for the iPhone, Cook said, when asked about sales of the new devices. "We're bullish."

Apple said it ended the quarter with some $260 billion cash on hand.

The report comes two days ahead of the launch of Apple TV+, a new streaming service which could challenge Netflix and will compete against an array of others including Disney+ and HBO Max.

Ives said Apple "has a compelling list of new shows coming out as we believe it has committed $6 billion annually to the original shows and movies to beef up its streaming content ambitions."

Apple has an opportunity to win users with its aggressive pricing of $5 monthly and some 900 million iPhone users worldwide, and is offering a year of Apple TV+ for free with new device purchases.

"We're really proud of the content, we'd like as many people as possible to view it," Cook told analysts.