Syria prison crematorium: Evidence US has shown is shaky, at best 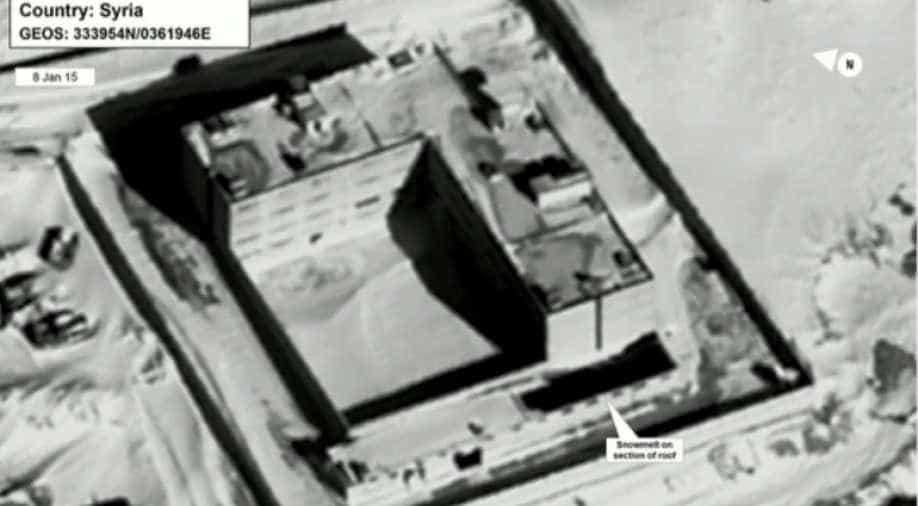 When pressed, US assistant secretary of state for near eastern affairs Stuart Jones admitted that perhaps the reason the building was snow-free all winter was that it was just warmer than other parts of the prison complex Photograph:( Reuters )

The US stated that a crematorium is possibly running inside Syria's infamous Saydnaya prison walls after noticing that a building remained free of snow in the winter. They also admitted that perhaps it could have just been due to a warmer part of the compound.

The US has accused Syria of building a crematorium inside the Sednaya prison complex, on the outskirts of Damascus.

The crematorium, the US says, is being used to destroy the remains of thousands of murdered prisoners.

The charge is sensational, but the evidence the US has proffered to back up its claim is shaky.

US assistant secretary of state for near eastern affairs Stuart Jones told reporters Monday, "We now believe that the Syrian regime has installed a crematorium in the Sednaya prison complex which could dispose of detainees' remains with little evidence."

He added, "Credible sources have believed that many of the bodies have been disposed in mass graves."

To back up his claim, Jones showed a few black and white aerial images of Sednaya prison.

He gave no further details of his 'credible sources'.

Jones said they came to the conclusion that a crematorium had possibly been built inside Sednaya after noticing that a building in the complex remained free of snow in the winter.

He then added they noticed structures compatible with a crematorium in the building. (It was not clear which structures he meant exactly.)

But when pressed by a reporter, Jones admitted that perhaps the reason the building was snow-free all winter was that it was just warmer than other parts of the complex.

Sednaya is the largest prison in the Damascus region; this is where thousands of anti-Assad activists and Syrian rebels were jailed and tortured during the Syrian chapter of the so-called Arab Spring.

Amnesty International published a report (read it here) in February stating that as many as 13,000 prisoners might have been hanged – in the four years between 2011 and 2015 – inside Sednaya's boundary walls.

Stories of torture, random beatings, and illegal detentions by Syrian security forces in the country's many undercover military prisons are rife.

Many Syrians detained at these centres have spoken of their harrowing experiences.

More evidence of the torture and the beatings came when a Syrian military doctor working across many of the prisons managed to take and sneak out thousands of pictures – which came to be known as the Ceasar report – showing what was happening behind those walls.

When questioned, President Bashar al-Assad has always denied the allegations against him.

He defends himself saying his western enemies are making up stories about him, to delegitimise him, and to win over international public opinion so that they can intervene militarily in Syria.

But none of this should mean we make the mistake of blindly believeing every allegation the American government makes against him.

Truth is war's first casualty and the US is no exception to the rule. If at all we need to refresh our memories, we only have to remember that the Bush administration told the world in 2003 that invading Iraq was a necessity because Saddam Hussain had weapons of mass destruction, and that he was ready to use them.

Fourteen years later, the international community is yet to see those weapons.

As for the Iraqi population, they now live in a scarred country where conflict and insecurity hammer their lives every day.

There is enough concrete evidence of the Assad government's human rights violations – from the relentless bombing of civilians to the indiscriminate and extrajudicial repression of dissent and the use of chemical agents – to try and drag him before the International Criminal Court. (The US is not a signatory to the ICC, so someone else will have to do it.)

But the evidence presented by Jones on Monday was shaky at best.

If true, it would be one of the worst crimes – with its sinister resemblance to the Nazi concentration camps – of the 21st century.

But if Jones's allegation turns out to be untrue, it will perfectly serve the denialist narrative of President Bashar al-Assad. And of course dent the US' credibility.

In a context like the Syrian conflict, where the reality on the ground is constantly twisted to serve competing narratives, there is no need for any more smoke in the eyes.

There is no need for the US to feed us shaky – and perhaps fake – evidence in order to present themselves as “the good guys” fighting “the bad guys”.

There is no such thing as a “good fake”.

A fake is a fake and it does not matter who fabricates it, period.

Foreign countries are already fighting, directly or through their proxies, a war on Syrian soil to establish their hegemony over West Asia. Their wars have very little, if not nothing, to do with what the Syrians were asking for in the first place – more democracy and political freedom.

As long as independent observers will not be allowed to conduct an on-the-ground assessment of the situation in Syria, this is what we will have to live with. We are destined to cope with second-hand, unverifiable reports contradicting each other.