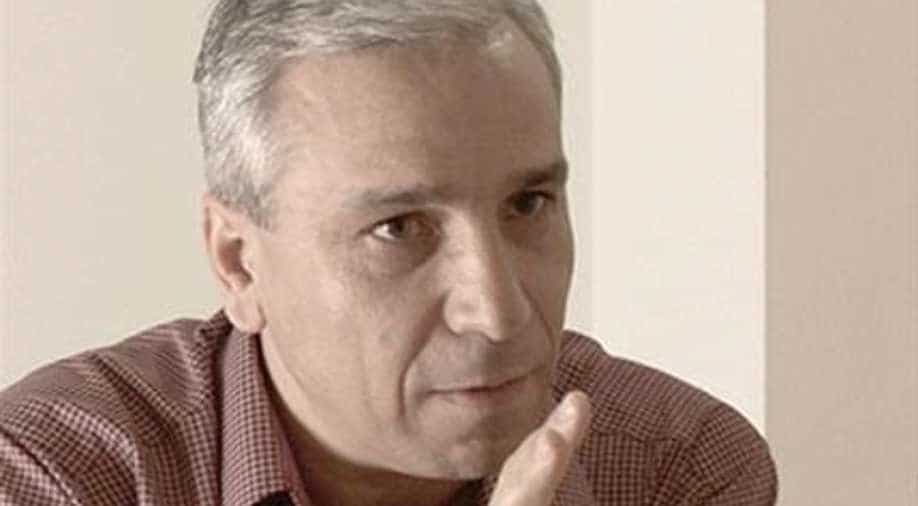 "We reached a point where we are nearly forced to swear we exist. We exist, I swear,” quips Yassin al Haj Saleh, a Syrian writer and dissident now living in exile in Turkey. One can't miss the bitter laugh that he breaks into.

“Our struggle is not new. We have been fighting the Assads since two generations. I was arrested as a young man during my university years and I have spent 16 years in jail. We have always refused to be humiliated, to be treated as second-class human beings. And we paid for this. We have been tortured and many of us are forced to live in exile,” he goes on.

“For the first two years of protests in Syria, we were part of those peaceful demonstrations. We created coordinating committees, it is because of us that people took to the streets. Secular organisations are still present but they have been sidelined by the war.”

Yassin is a native of Raqqah, the current capital city of the Islamic State. He is part of the leftwing secular section of the Syrian society who started demonstrating against President Bashar Al Assad in 2011, asking for greater democracy and more freedom. His wife Samira Khalil is also a political dissident and is missing since December 2013 when a group of Islamists abducted her along with human right activists Razan Zaitouneh, Wael Hamada and Nazem Hammadi. “Samira was my beloved and also my assistant and our destiny, along with the one of our friends, represents the tragedy of being Syrian today and living in a society built on political genocide.”

The mainstream narrative seems to have forgotten the role of secular and pro-democracy moderate groups in the Syrian uprising. The narrative is now majorly flattered on the war on terror: sovereign nations on one side and the Islamic State and Jabhat Fateh al-Sham, formerly al-Nusra, the Syrian branch of Al Qaeda on the other. There is no space for liberal, progressive, pro-democracy dissidents who risk being labelled terrorists.

2012 is when the situation started getting militarised in Syria. More and more weapons started arriving on the streets on both sides. The main armed anti-Assad group, the Free Syrian Army where many former military personnel fight, was involved in a fullscale fight against regular troops. It was a civil war, Syrians against Syrians.

In this environment, terrorist organisations started gaining ground. “Since August 2011, Syrians asked for international protection but nothing happened. Day by day, people started feeling they were left to their fate. We felt left alone, without any protection,” recalls Yassin but “nobody wanted to passively suffer another Hama massacre.”

He refers to what happened in the city of Hama in 1982. Under the order of then president Hafez Al Assad, the Syrian Army attacked the town to stop an uprising by the Muslim Brotherhood, killing thousands of citizens.

Frustration, mistrust, anger and constant war served as lifeline for hardline Islamists. “These organisations are nihilist, they want to destroy everything in the world who is against them. They are a minority, but they have a lot of visibility. It is the dynamic of the production of the ‘desired enemy’ and it helped the regime and its allies: you need terrorists to justify the war on terror,” says Yassin.

The 2013 open intervention of Lebanese Hezbollah forces played an important role and started a new phase of the Syrian crisis which started to be increasingly described as a conflict between Shia countries against Sunni radical groups.

“Sectarianism is a strategy of control: it is the old ‘divide and rule’ colonial principle. It is one of the ways elites used to stay in power,” says Yassin. “If Kurds do not like Arabs who do not trust Christians who are suspicious of Muslims or Sunnis do not like Shias and so on, a regime becomes the solution instead of the problem. As long as you rely on sectarianism, you can stay in power forever. The war in Syria has nothing to do with primordial identities or religion, the regime just wants power and resources. Their project is to stay in power forever.”

Sectarianism in West Asia's societies is a dangerous element, often used in an opportunistic way to hide political and economic interests. Iran and Saudi Arabia are valuable examples of this strategy. Tehran openly funds Shia paramilitary groups fighting both in Iraq and Syria with the aim of protecting Shiite followers and shrines from Sunni terrorists but this is also a way to expand their regional influence. Saudi Arabia plays the same game and funds Salafi organisations in order to penetrate societies and expand its influence.

“When Russia stepped in, an imperialist phase of the war started,” says Yassin. “We (the leftwing) became invisible, we came to the point that our very existence was a controversial issue,” says Yassin.

The US, who armed several anti-Assad groups since the very beginning without taking enough care of who they were, accused Russia of war crimes due to their heavy bombings. The Kremlin replied this is how they fight the terrorists Washington armed.

Five years of conflict have led to more than 4,00,000 deaths, 13.5 million refugees, destroyed cities and have seen different countries involved. The Syrian civil war is not about Syria anymore. It has become a power struggle between regional and international actors who are fighting for political hegemony in West Asia.

“We the people of Syria live in an impossible situation. We are attacked from every front, we are killed in hundreds of thousands, we are displaced in millions and we are blamed at the same time. We do not even have on our side the concept of sacrifice, of dying for a reason.”