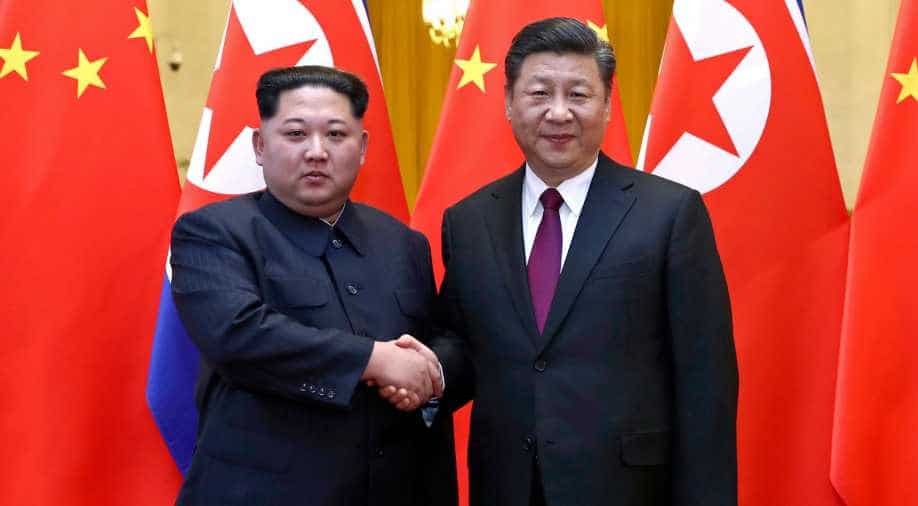 The message was 'in connection with the fact that China is registering success in preventing the COVID-19 infection.'

The news agency did not explain what it meant by a "verbal message," and it was not clear if Kim and Xi had spoken directly.

The message was "in connection with the fact that China is registering success in preventing the COVID-19 infection," according to state media KCNA, with Kim extending his "warm greetings" to Xi.

Rumors about Kim's health have been swirling since his conspicuous no-show at April 15 celebrations for the birthday of his grandfather, the North's founder -- the most important day in the country's political calendar.

Also read: China lambasts US for forcing countries to plant accusations against it

He was absent for weeks before reappearing on May 2 at a factory opening.

Kim's temporary disappearance triggered a series of fevered rumors and unconfirmed reports over his condition, while the United States and South Korea insisted they had no information to believe any of the conjecture was true.

The North also lashed out at the South early Friday over recent military exercises carried out by Seoul.

"Such reckless move of the military warmongers of the south side is the height of the military confrontation which would leave tongue-tied even their master," KCNA quoted a North Korean military spokesperson as saying.

"This is a grave provocation which can never be overlooked and this situation demands a necessary reaction from us," the spokesperson reportedly said.