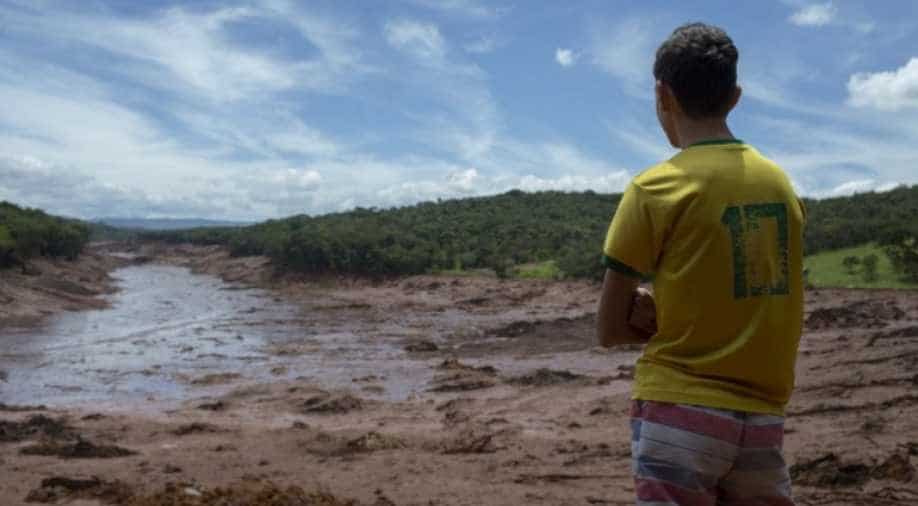 The latest emergency comes four months after 242 people were killed when a dam burst at another Vale-owned mine.

Thousands of Brazilians braced Monday for the possible collapse of another tailings dam owned by mining giant Vale that threatens to spew millions of tons of toxic sludge over towns, rivers and forest.

The latest emergency comes four months after 242 people were killed when a dam burst at another Vale-owned mine.

Vale and emergency services have warned that a section of the defunct Gongo Soco mine in the southeastern state of Minas Gerais is at risk of disintegrating, which could rupture the Sul Superior dam 1.5 kilometres (nearly one mile) away.

More than 400 people living around the dam, which holds nearly seven million cubic meters (247 million cubic feet) of mining waste, were evacuated in early February after monitoring systems detected abnormal movement in the northern slope of the mine, which was closed in 2016.

The slope usually shifts about 10 centimetres (four inches) a year, but that has accelerated in recent months. In the past few days, it has topped 20cm a day, local media reported Monday.

Around 6,000 inhabitants in Barao de Cocais municipality who are living in the so-called secondary safety zone have been on high alert, performing evacuation drills in preparation for the potential disaster.

They will have less than an hour and a half to reach safety.

Vale has "teams in a state of permanent readiness" but it said there was "no technical data that can confirm whether the eventual slippage will trigger a breach of the dam," according to its latest update on Friday.

"All preventive measures" have been taken, it added.

Apart from monitoring the dam 24-hours a day, Vale has been building a containment wall six kilometres downstream and installing barriers to slow a potential flood in the hope of containing displaced material.

Emergency workers are still searching for 28 people listed as missing but almost certainly dead, according to the latest figures released Saturday.

That dam collapse was the second such disaster involving Vale in three years and forced the company to suspend operations at several mines.

Brazil has since banned the construction of new upstream dams, which are cheaper but less stable than other types of tailings dams, and ordered the decommissioning of existing ones.