Deadly Brazil dam burst likely had same cause as previous one: Official 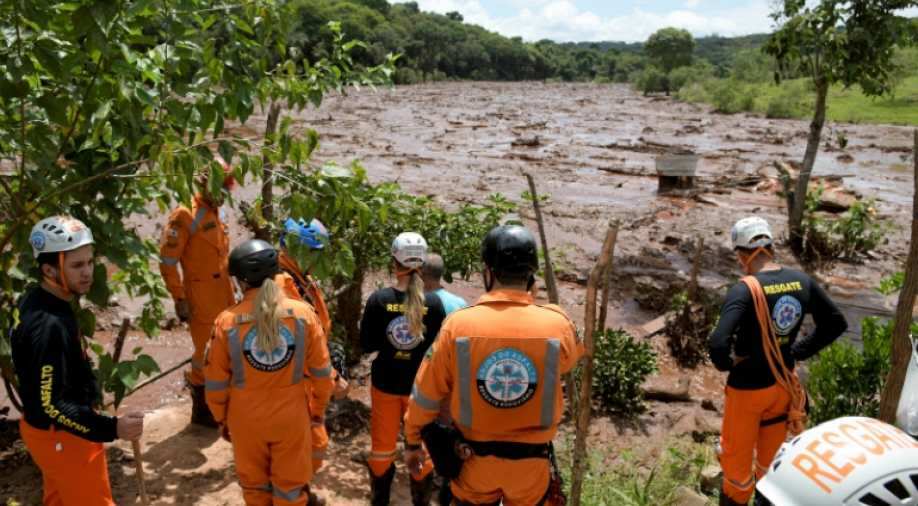 With 115 people confirmed dead and another 248 missing the tailings dam collapse in the town of Brumadinho could be Brazil's deadliest mine disaster.

The collapse of a Brazilian dam controlled by miner Vale a week ago likely happened because parts of the sand and dried-mud structure dissolved into the liquid, a state regulator said in an interview, similar to what caused another deadly mining disaster less than four years ago.

With 115 people confirmed dead and another 248 missing, according to information from the rescue team on Friday evening, the tailings dam collapse in the town of Brumadinho could be Brazil's deadliest mine disaster.

The burst tailings dam at the Corrego do Feijao mine last Friday has ignited intense public anger against Vale, which was co-owner of Samarco, the previous dam that collapsed.

Around 2,000 people gathered in Belo Horizonte, capital of the mining-intensive state of Minas Gerais which was home to both disasters, to protest against Vale, with some saying its top executives should be jailed.

"I lost three of my students," said Aparecida Moreira, a teacher at a local law school. "They are dead, and we don't know where their bodies are."

There were also demands for a congressional investigation.

An internal study showed the miner knew as recently as last year that some of the areas swamped with toxic mud were at risk if the dam burst, according to a report by Folha de S.Paulo newspaper. Vale described the document as a routine disaster preparation plan required by regulators.

The disaster poses a headache for the new government of far-right President Jair Bolsonaro, whose new business-friendly administration must juggle public anger over the tragedy and its own desire to ease mining and environmental regulations to kick-start growth.

Hildebrando Neto, Minas Gerais' deputy minister for environmental regulations, told Reuters late on Thursday that all evidence suggests that the burst was caused by liquefaction, whereby a solid material such as sand loses strength and stiffness and behaves more like a liquid.

Neto said liquefaction caused the 2015 collapse of the Samarco dam, which led to the deaths of 19 people.

The internal study reported by the Folha newspaper was dated April 18, 2018, and outlined the likely impact of a collapse at the dam. It found that the mine restaurant, where many Vale workers were likely to have died, would be hit by toxic mud.

The study envisaged that sirens would alert workers if the dam burst. The company has said the mud flow destroyed the sirens before they could sound the alarm.

Vale said in a statement that the plan was "built on the basis of technical studies of hypothetical scenarios in the event of a breach" although it did not directly reference Folha's story.

Officials with the Mines and Energy Ministry and the National Mining Agency (ANM) told reporters on Friday that the cause of the rupture was still unclear.

"If we had known (what the problem was), maybe this tragedy would have never happened," the ministry’s mining secretary, Alexandre Vidigal, said. "We are in the investigation phase and we cannot say whether the (inspection) model was adequate or not."