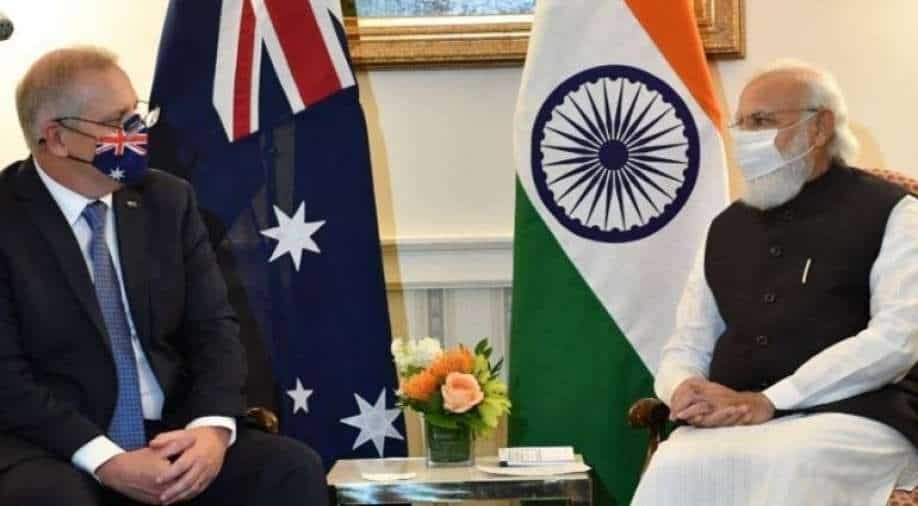 Under the AUKUS trilateral security pact between Australia, UK and US announced on September 15, US and UK will help Australia develop nuclear-powered submarines. The pact angered the French side after Australia cancelled the submarine deal.

Under the AUKUS trilateral security pact between Australia, UK and US announced on September 15, the US and UK will help Australia develop nuclear-powered submarines.

Foreign secretary Harsh Shringla said, "Prime Minister Morrison did mention the rationale from the Australian side in seeking to initiate the AUKUS alliance. He felt that the technology received was appropriate and there was a brief discussion in that regard".

The pact comes in the backdrop of increased Chinese militarisation and aggressiveness. It is the second time the Australian PM has briefed the Indian prime minister on the pact. Earlier, hours before the announcement on AUKUS, PM Morrison had briefed PM Modi on the expected announcement.

The development has angered the French side over the cancellation of the submarine deal.

PM Modi mentioned that the Indian community in Australia was very looked after during the pandemic, while PM Morrison appreciated the contribution of the Indian diaspora in his country. Both leaders have been engaging on a regular interval, including holding the virtual summit last year.