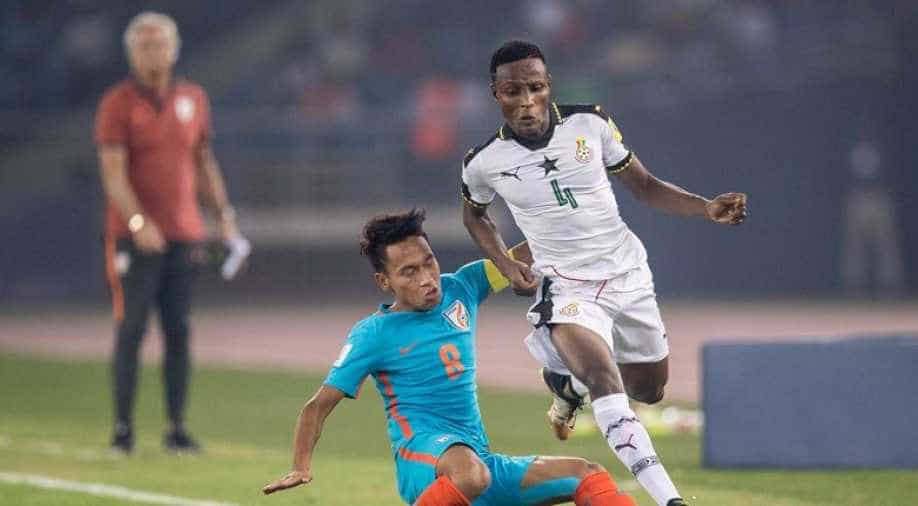 Ghana beat India in the U-17 World Cup Photograph:( Twitter )

Skipper Eric Ayiah scored two goals as India went down 4-0 against Ghana in the Under-17 World Cup match at the Jawaharlal Nehru Stadium in Delhi on Thursday.

The hosts were shot out of the premier FIFA tournament losing all three games.

India played their heart out in the first half but went a goal down after Ghana's skipper Ayiah found the back of the net in the 43rd minute.

Indian goalkeeper Dheeraj was instrumental in keeping Ghana's attackers in check as the hosts kept the opposition at bay in the first half but at the stroke of half-time Indians lost concentration as Ghana struck.

India's game fell apart as Ghana kept attacking India in the box. Substitute Richard Danso made it 3-0 in the 86th minute and a minute later Emmanuel Toku made it 4-0 for the visitors.

India lost all three matches in the tournament against the United States, Columbia and Ghana to bow out of the U-17 World Cup tournament.