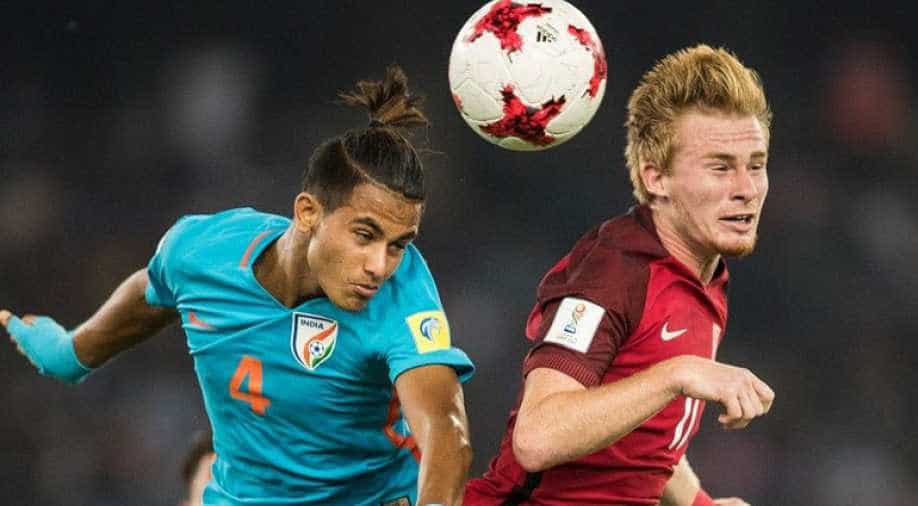 USA captain Josh Sargent opened the scoring from the penalty spot in the 31st minute of the game.(FIFA.com) Photograph:( Twitter )

India lost 0-3 to the USA in their opening game of the under-17 World Cup.

USA captain Josh Sargent scored from the penalty spot in the 31st minute of the game.

Defender Chris Durkin doubled the USA's lead in the 51st minute and Andrew Carleton put another one past Indian goalie Dheeraj Singh to put the game past the Indians.

India might have lost, but they did not lose their honour.

Indian goalie Dheeraj Singh kept a lot out of his net, and the midfielder Komal Thatal and the forward Aniket Jadhav also impressed.

The two sides were playing in Delhi.

This was the first time India were playing at a World Cup although as hosts, they qualify automatically.

The other game, Paraguay versus Mali, was a five-goal thriller.

Paraguay finally clinched it with a 3-2  win.