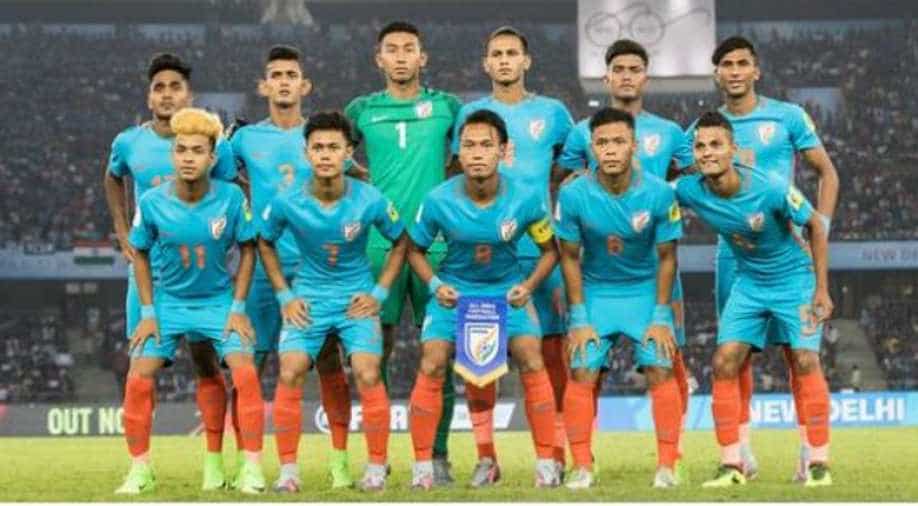 India kept Columbia at bay in the first half but the visitors struck early in the second half as Penaloza broke the deadlock. Photograph:( Others )

Columbia beat India narrowly even after Jaekson equalised in injury time but Columbia's Penalosa scored the winner in the closing seconds as India went down 1-2 in the Under-17 World Cup in Delhi's Jawahar Lal Nehru stadium on Monday night.

India kept Columbia at bay in the first half but the visitors struck early in the second half as Penalosa broke the deadlock.

The Indians kept battling hard until injury time when Jaekson's header gave the hosts their maiden goal in the junior World Cup but the hosts failed to defend as Columbia struck within seconds to break Indian hearts.

The highest Indian scorer in International Football says Jeakson's goal made him 'proud' and 'happier.' Nothing can be more inspirational https://t.co/wi9xD12Kcd

Twenty-four teams are taking part in the tournament with the finals scheduled to be held on October 28.