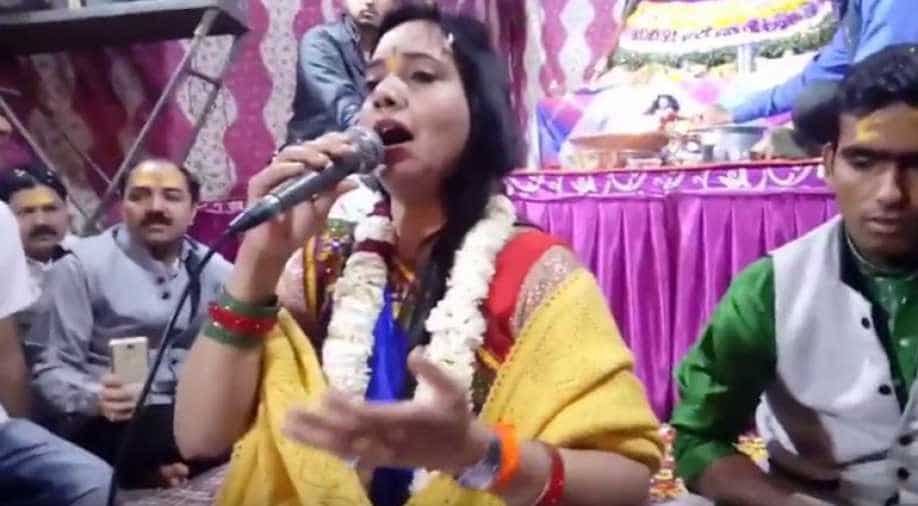 Sharma had been missing since January 15. (Image source: YouTube/Mamta Sharma) Photograph:( Others )

A resident of Kalanaur village, Sharma was a popular folk singer famous for singing at religious events.

News reports quoted her son Bharat as saying that she had gone to attend an event on January 15, and had not returned.

A missing person's complaint was filed by a Mohit Kumar who was accompanying Mamta to the event.

News reports quoted Kumar as saying they had come across some people on the way whom Mamta had gone with to Gohana, Sonipat. She told Kumar she would return in a few hours.

Police have begun an investigation into the murder.

Haryana has been in the spotlight over the last few days with six rapes being reported from the state in as many days.