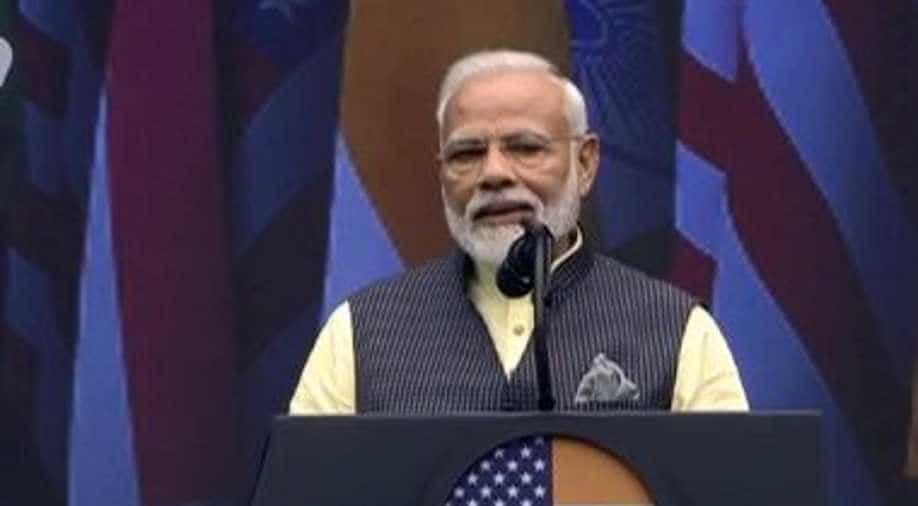 During his monthly 'Mann Ki Baat' radio address, Modi said people are not aware of the harms of e-cigarette which contains several harmful chemicals.

Prime Minister Narendra Modi on Sunday said that there was a misconception about e-cigarette and the government has banned it to save the "young country" from the "new method of intoxication".

During his monthly "Mann Ki Baat" radio address, Modi said people are not aware of the harms of e-cigarette which contains several harmful chemicals.

"E-cigarette has been banned so that this new method of intoxication cannot destroy our young country. So that it cannot smash the dreams the families and shatter the lives of our youth," Modi said.

He said people are aware of the harms of the tobacco cigarette so they make every bid to save their children from cigarette addiction but they do not pay much heed if their family members use an electronic cigarette as they are not aware of its harms.

Modi said, "Many harmful chemicals are mixed in e-cigarette which harms our health. A misconception has been created about E-cigarette. It is said that there is no harm in e-cigarette use. People are not aware of its dangers."

Stating that the youth often use e-cigarette as a fashion statement, Modi urged people to shun it while outlining the ill effects of tobacco."I request you all to shun tobacco use and stay away from e-cigarette," he said.

On September 18, the Union Cabinet had approved an ordinance for a comprehensive ban on e-cigarettes which covers their production, manufacture, import, export, transport, sale, distribution, storage and advertisement.

The ban includes e-hookahs and online sale and advertisement of e-cigarettes.

Storage of electronic-cigarettes shall also be punishable with imprisonment up to 6 months or fine up to Rs 50,000 or both.