Ever since the news reached her, Riddhima has been sharing pictures of the actor with his loved ones, some black and whites and some coloured memories with her followers.

Among the new lot of pictures that she has shared, Rishi Kapoor can be seen in one with his wife Neetu -- that looks like their newely wed picture while in one he’s pictured with his own mother, Krishna Raj Kapoor.

In the first, Rishi is seen in a suit with his bride Neetu who is wearing a heavily embroidered sari with the veil on her head. In another picture, we see Rishi holding his mother, Krishna Raj Kapoor’s hand as if asking her for a dance. She captioned the particular picture as: “Reunited with his most favourite person.” 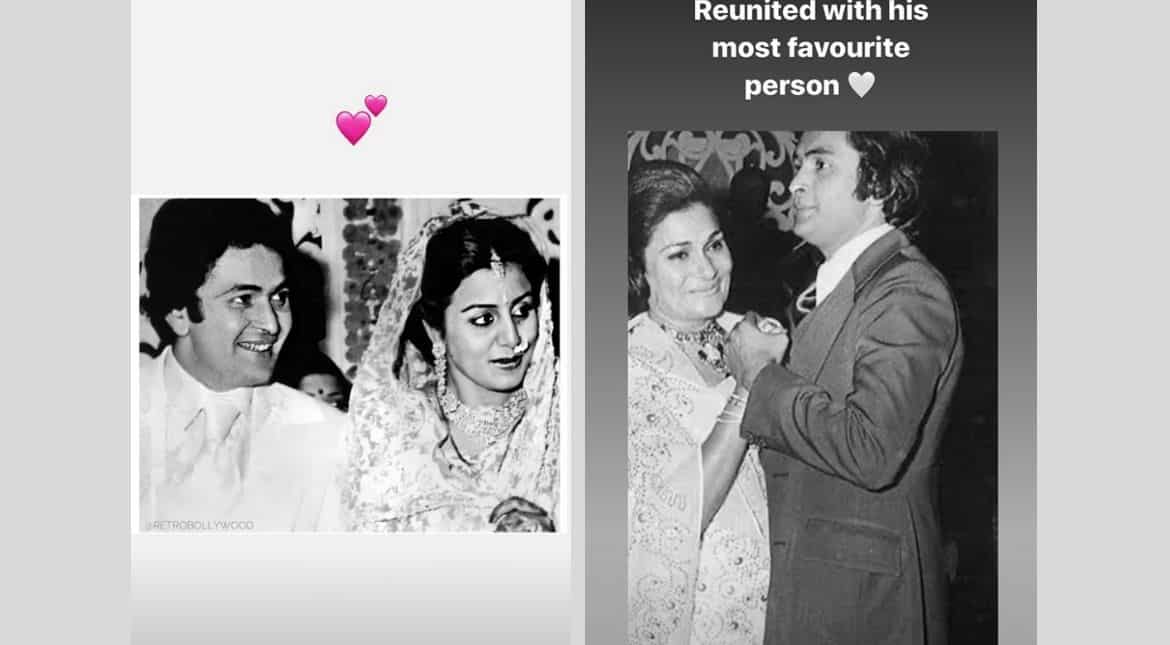 Riddima was in Delhi when the funeral took place and had to see her father’s face for the last time over a video call that ALia Bhatt, Ranbir Kapoor’s girlfriend, took care of.

Riddhima also shared a bunch of childhood memories featuring herself and her brother, actor Ranbir Kapoor.