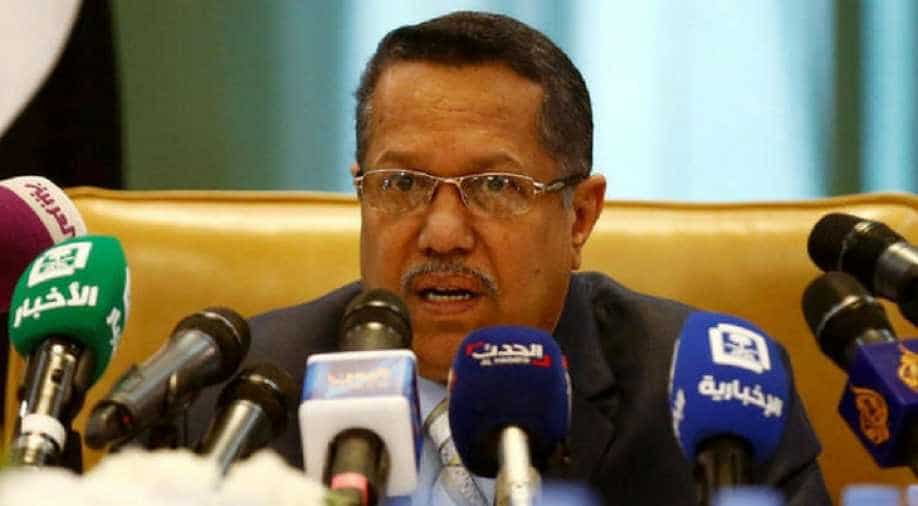 Yemen's Prime Minister Ahmed bin Dagher on Sunday accused southern separatists of attempting a coup in the interim capital of Aden after they took over the government headquarters.

The premier called on the Saudi-led coalition fighting Iran-backed Huthi rebels to intervene, hours after fierce clashes erupted between military units loyal to the government of President Abedrabbo Mansour Hadi and security forces loyal to the southern separatists.

At least six people, including four from pro-government forces, were killed and dozens wounded in the clashes that spread to most of Aden, security sources said.

"A coup is ongoing here in Aden against legitimacy and the country`s unity," Dagher said in the statement.

Security sources told AFP that pro-separatist units, trained and backed by the United Arab Emirates, had taken over the government headquarters in Aden after clashes with pro-government forces.

Dagher said that events in Aden were headed towards "total military confrontation" and urged members of the coalition, in particular the UAE, to take action.