United States appeals court to take up constitutionality of Obamacare 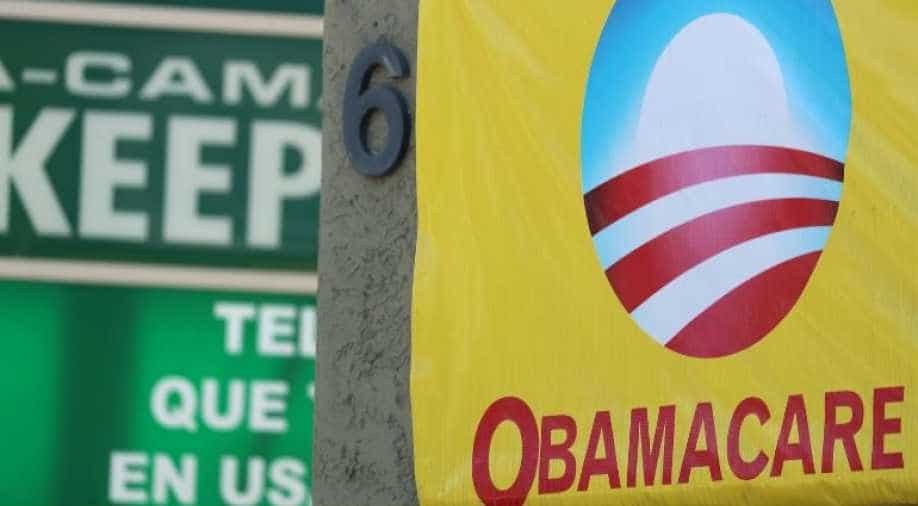 Obamacare, the signature domestic achievement of Trump's Democratic predecessor, Barack Obama, has been a political flashpoint since its passage

The future of Obamacare could be at stake on Tuesday when a coalition of Democratic-led states and House of Representatives urge a federal appeals court to overturn a Texas judge's ruling that the US healthcare reform law is unconstitutional.

Republicans have repeatedly tried to repeal Obamacare, or the Affordable Care Act (ACA), since its 2010 passage, and while the Justice Department would normally defend a federal law, the Trump administration has declined to defend its constitutionality against a challenge by 18 Republican-led states.

A coalition of Democratic state attorneys general led by California Attorney General Xavier Becerra stepped into the void to defend the law. The House intervened after Democrats won control in November's elections after many focused their campaigns on defunding Obamacare.

A three-judge panel of the 5th US Circuit Court of Appeals in New Orleans, including two judges appointed by Republican presidents and one by a Democrat, will take up a ruling by a federal judge in Texas last year that the entire ACA was unconstitutional.

An appellate ruling declaring Obamacare unconstitutional could prompt an appeal to the US Supreme Court, opening the door for the top court to take up the issue during the 2020 US presidential election.

Obamacare, the signature domestic achievement of Trump's Democratic predecessor, Barack Obama, has been a political flashpoint since its passage.

Republican opponents call the law an unwarranted intervention by government in health insurance markets, while supporters say that striking it down would put at risk the healthcare of 20 million people who have gained insurance since its enactment.

In 2012, a divided US Supreme Court upheld most of its provisions, including the individual mandate, which requires people to obtain insurance or pay a penalty.

The Supreme Court's conservative majority argued that Congress could not constitutionally order people to buy insurance. But Chief Justice John Roberts joined the court's four liberal members to hold the mandate was a valid exercise of Congress' tax power.

Republicans in Congress subsequently failed to overturn Obamacare, but in December 2017, Trump signed into law a tax bill passed by a Republican-led Congress that reduced the tax penalty to zero dollars.

US District Judge Reed O'Connor in Fort Worth, Texas, agreed in December 2018, saying the individual mandate was unconstitutional because it no longer triggered a tax.

O'Connor, nominated by former Republican President George W. Bush, said that because Obamacare called the mandate "essential," the entire law must be struck down.

The Justice Department initially argued the mandate was unconstitutional but most of Obamacare could be severed from it. But it argues on appeal the law's balance must be struck down.