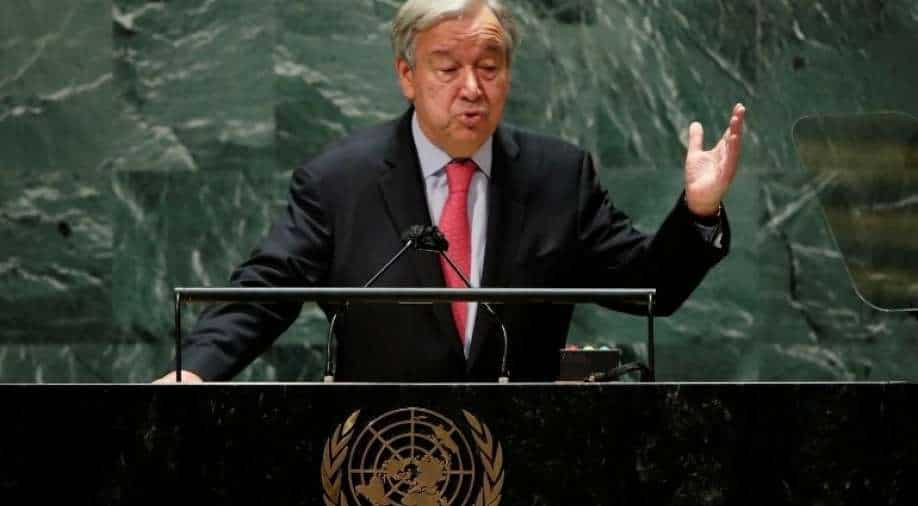 The UN chief was due to be the guest of honor of the UN Press Association at its annual gala in Manhattan on Wednesday.

UN Secretary-General Antonio Guterres was exposed to the coronavirus Tuesday by a UN official who already had Covid-19 and is isolating for the next few days, diplomatic sources said.

The UN chief was due to be the guest of honor of the UN Press Association at its annual gala in Manhattan on Wednesday. On Thursday, he was to participate in a UN Security Council meeting on the challenges of terrorism and climate change, led by Niger's President Mohamed Bazoum.

Bazoum, whose country currently holds the council presidency, arrived in New York on Tuesday and is expected to stay until the end of the week, when he heads to Washington.

The spokesman for the secretary-general, Stephane Dujarric, declined to comment immediately on Guterres's condition.

Dujarric indicated a few days ago that Guterres had recently received his third dose of the anti-coronavirus vaccine, after having hesitated for a long time about the advisability of receiving booster shots while millions of people throughout the world have yet to receive their first jab.