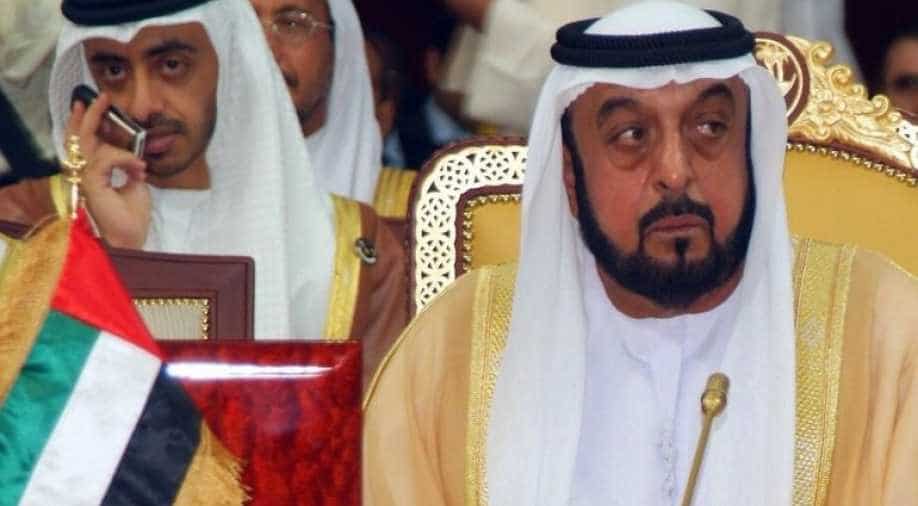 Sheikh Khalifa took over as the UAE's second president in November 2004, succeeding his father as the 16th ruler of  Abu Dhabi, the federation's richest emirate.

"The Supreme Federal Council of the United Arab Emirates renewed its confidence in His Highness Sheikh Khalifa bin Zayed Al-Nahyan... for the fourth mandate of five years, in accordance with the constitution," official news agency WAM reported.

Sheikh Khalifa took over as the UAE's second president in November 2004, succeeding his father as the 16th ruler of  Abu Dhabi, the federation's richest emirate.

The 71-year-old has rarely been seen in public since 2014, when he had surgery following a stroke, although he has continued to issue rulings.

His brother, Abu Dhabi Crown Prince Mohammed bin Zayed, has been seen as the de facto ruler of the UAE in recent years.

But Sheikh Khalifa was at the helm of the UAE as it began its global rise, with services-oriented Dubai emerging as a global tourism and trade hub and Abu Dhabi pumping around 90 per cent of the OPEC member's crude.

His rule has also seen the UAE extend its regional influence as far as Yemen, the Horn of Africa and Libya while taking a particularly hostile stance on the Arab Spring uprisings.

He was ranked by Forbes as 37th on its list of "the world's most powerful people" in 2015.