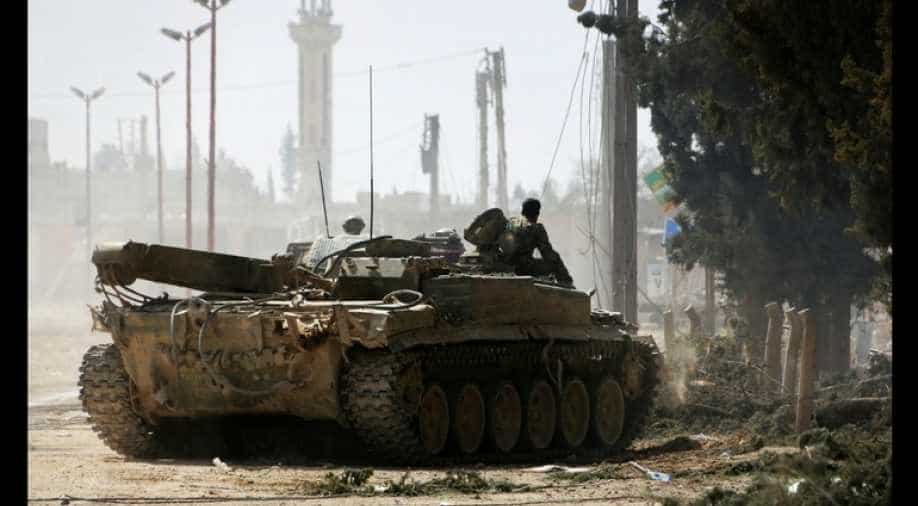 The Israeli military confirmed it had targeted Syrian military position in response to two rockets fired from Syria at Mount Hermon in the occupied Golan Heights.

At least three Syrian soldiers were killed and seven others wounded in Israeli missile attacks on the southern province of Quneitra, Syrian state media said Sunday.

The Israeli military confirmed it had targeted Syrian military position in response to two rockets fired from Syria at Mount Hermon in the occupied Golan Heights.

After targeting the outskirts of the capital Damascus, Israel "renewed its aggression by firing several missiles on the eastern countryside of Quneitra," the official SANA news agency reported.

"The aggression resulted in the martyrdom of three soldiers and the injury of seven others in addition to some material losses," it added.

"We won't tolerate fire at our territory, and respond forcefully to any aggression against us," he said.

The army said it fired on "two Syrian artillery batteries, a number of observation and intelligence posts on the Golan Heights, and a SA-2 aerial defence battery".

Israel has carried out hundreds of air strikes in Syria, most of them against what it says are Iranian and Hezbollah targets.

It says it is determined to prevent its arch-foe Iran from entrenching itself militarily in Syria, where Tehran backs President Bashar al-Assad in the country's eight-year war which has killed more than 370,000 people.