Thousands of Croatians march against abortion 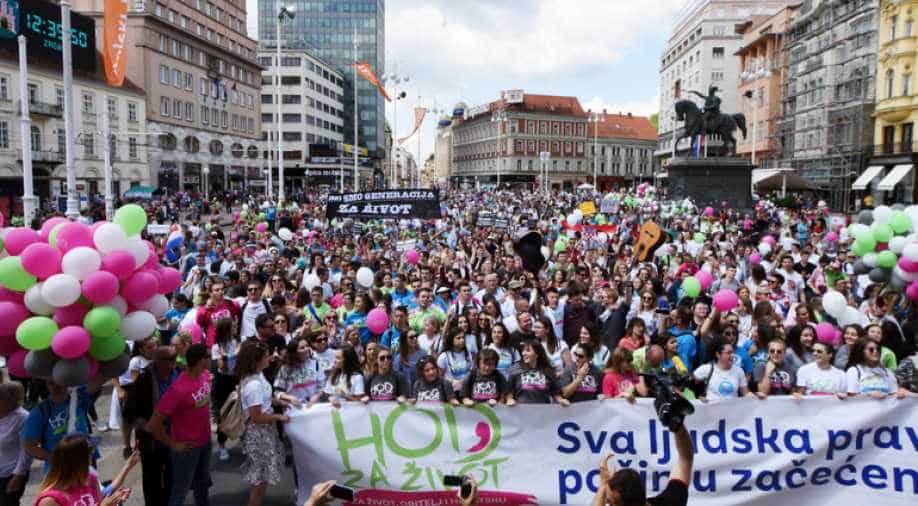 Thousands of anti-abortion demonstrators took to the streets in Croatia's three biggest cities on Saturday in rallies that largely passed without incident, even as the issue continues to divide the staunchly Catholic EU member state.

Police estimated that around 10,000 people took part in a "March for Life" in Zagreb, carrying banners that read "I'm not a choice, but a child", while thousands more demonstrated in both Split and Rijeka on the Adriatic coast.

In Split, archbishop Marin Barisic held a mass during which he called on the marchers to "defend life from conception".

But in Rijeka, a counter-demonstration, "March for Freedom", attracted crowds of several thousand people, according to local media estimates, who denounced a rise in conservatism

Activists have repeatedly warned that the right to abortion is being threatened by mounting pressure from Church-backed conservative groups.

Abortion is legal in Croatia until the 10th week of pregnancy, under a law dating back to 1978, when the country was still part of communist Yugoslavia.

But activists warn that large numbers of public hospital doctors invoke a conscientious objection clause in Croatian law to refuse to perform the procedure.

But it also ordered parliament to adopt a new law on abortion regulations by early 2019, ruling that the current legislation was outdated.

Rights groups fear that that could pave the way for more restrictive laws, that would make abortion difficult to access.

Nearly 90 percent of Croatia's 4.2 million people are Catholics and the Church plays an important role in society.