Syria's war grinds on, no respite for civilians, UN says 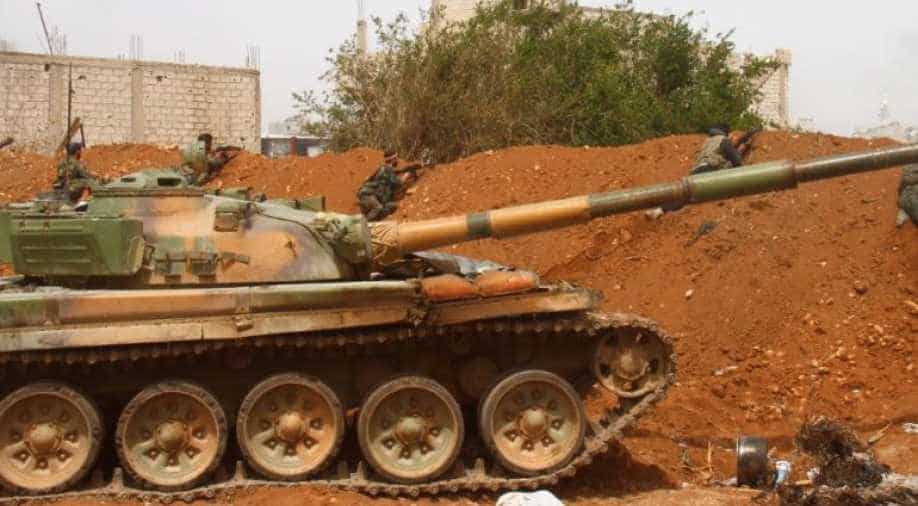 Soldiers loyal to Syria's President Bashar hold their weapons as they take positions outside Yarmouk Palestinian camp in Damascus, Syria May 2, 2018. Photograph:( Reuters )

Syria's war rages unabated despite a fall in the number of besieged civilians, a senior UN&nbspofficial said on Thursday, warning of a potential worsening of the conflict in the rebel-controlled governorate of Idlib.

UN&nbsphumanitarian adviser Jan Egeland said millions of civilians were still caught up in the seven-year-old conflict and many who escaped battle zones had to seek shelter in overcrowded camps for the displaced in Idlib in the northwest.

Insurgent officials say they fear an offensive against Idlib by Syria's military and its allies Russia and Iran, something humanitarian agencies say could produce civilian suffering on a greater scale than during the siege of Aleppo last year.

"We cannot have a war in Idlib. I keep saying that now to Russia, to Iran, to Turkey, to the United States, to anyone that can have an influence," Egeland told reporters.

He called for negotiations to protect the civilians, and said recent air raids in Idlib were a bad omen.

The war has been going President Bashar al-Assad's way since Russia intervened on his side in 2015. From holding less than a fifth of Syria in 2015, Assad has recovered to control the largest chunk of the country with Russian and Iranian help.

The Idlib region remains the largest populated area of Syria in the hands of insurgents fighting the Damascus government. Syrians have poured into Idlib at an accelerating rate over the last two years from areas recaptured by the army.

"Full to the brim"

"The notion that it is ebbing, this war, is completely wrong. This war is on and it's still in the midst of the civilian population," Egeland told reporters.

Egeland added there were reports of deals to evacuate people from some of the remaining sieges including from the former Palestinian refugee camp of Yarmouk south of Damascus.

Those evacuees were likely to go to Idlib, Egeland said, under what he said were deals done without UN&nbspor other humanitarian involvement. Under such agreements between rebels and the government, insurgents facing military defeat are permitted to withdraw to opposition-held areas.

It would have been better to protect them where they were, since Idlib was already "full to the brim" with displaced civilians living in the open and in congested camps, or crammed into collective centres, he said.

"They arrive at 2 a.m. every night now, just to find they can hardly get a bed," he said.

Not all siege survivors go to Idlib. In eastern Ghouta, 40,000 were still in camps, with reports that men aged 16-65 were barred from leaving, Egeland said, adding UN&nbspaid access was severely restricted.

A rare positive development was a system of "deconfliction" - providing the warring parties with information about the locations of hospitals and other humanitarian sites. This year 500 sites had been added to 160 already in the system.

But there had been four air raids on deconflicted sites this year. Russia had given the UN&nbspreports on air strikes on two hospitals in March, Egeland said, adding that he also wanted reports on strikes on hospitals in northern Homs last week.

"If there is no accountability, the system doesn’t work. I’m refusing to give up," he said.