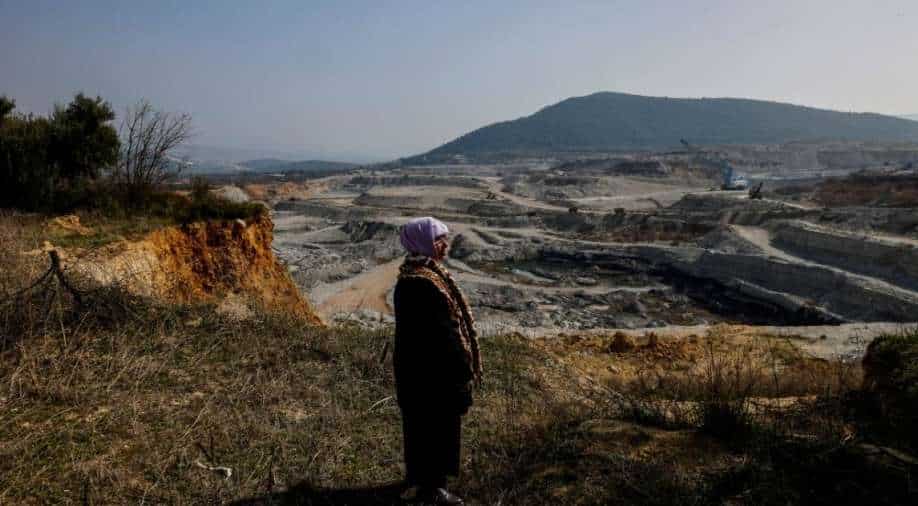 Stripped bare by a coal mine Photograph:( Reuters )

The inquiry was initiated after high-profile cases of sexual assault by miners in the mineral-rich state emerged this year, and as the sector struggles with a dire skills shortage and a low proportion of female staff

Sexual harassment is rife at mining camps in Western Australia, with firms across the industry reporting multiple complaints that have led to 48 staff being fired by the world's biggest, BHP, since 2019, submissions to a government inquiry showed.

The inquiry was initiated after high-profile cases of sexual assault by miners in the mineral-rich state emerged this year, and as the sector struggles with a dire skills shortage and a low proportion of female staff.

Submissions to the investigation were made public this week, including a survey by The Western Mine Workers' Alliance, a union representing hundreds of workers in Pilbara, a region rich in the iron ore that is Australia's most valuable export.

The survey of 425 workers showed two-thirds of female respondents had experienced verbal sexual harassment while working in the FIFO mining industry, and 36 per cent of women and 10 per cent of men some form of harassment in the last 12 months.

"We have heard detailed reports from members about supervisors and managers pressuring female workers into sexual activity in order to access training and job opportunities and there is a widespread perception that such activity takes place," said the union, which is calling for an independent body to investigate complaints.

A Rio spokesperson pointed Reuters to its submissions for examples of steps it is taking as part of an industry-wide response that includes improving safety and reporting procedures and mining camp infrastructure and tightening policies around alcohol.

In more detailed accounts to the panel, which will make recommendations to West Australia's parliament in April 2022, BHP said it had fired 48 workers in two years for incidents related to sexual harassment.

It said it received four rape allegations, one of attempted rape, other reports of unwanted sexual touching, and 73 substantiated reports of sexual harassment from June 2019 to June 2021.

Fortescue said it had 20 harassment matters reported this year, added to 11 last year, across a total workforce of more than 15,000.