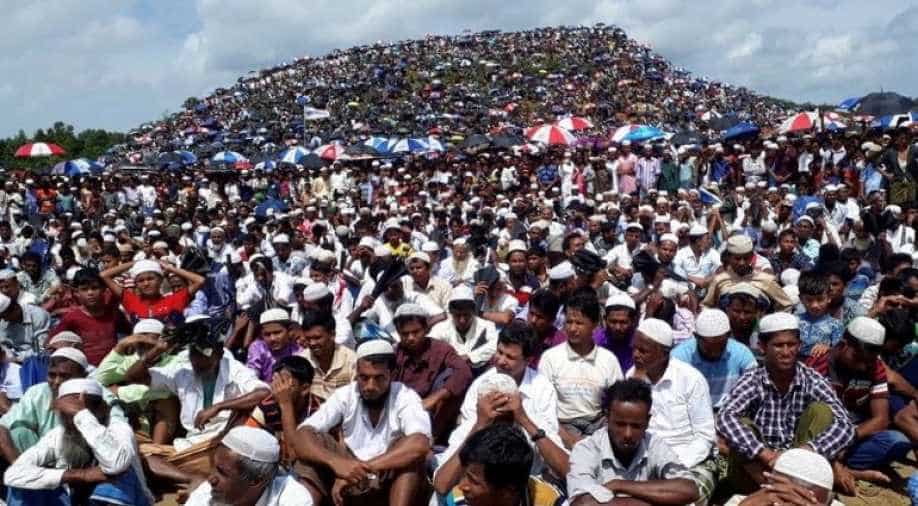 More than 730,000 Rohingya fled the Southeast Asian nation to Bangladesh in 2017 after a military-led crackdown.

Tokyo-based human rights activists on Wednesday decried recent remarks by Japan's ambassador to Yangon, who told local media he did not think the Myanmar military committed genocide on the Rohingya Muslim minority in the country.

More than 730,000 Rohingya fled the Southeast Asian nation to Bangladesh in 2017 after a military-led crackdown.

The United Nations has said the campaign was executed with "genocidal intent" and included mass killings and rape.

"I am very disappointed and appealing again to the Japanese government. Please try to help Rohingya people and don't side with criminals," Zaw Min Htut told foreign correspondents in Tokyo.

"Today the Japanese government do not even cooperate, not supporting U.N. actions on Myanmar," he said.

His group supports about 250 Rohingya based in Japan.

Ichiro Maruyama, the Japanese ambassador to Myanmar, told local news website the Irrawaddy in December that he did not think the Myanmar military "committed genocide or (had the) intent of genocide". He was previously quoted by the same outlet as saying that potential trade sanctions on Myanmar over the Rohingya crisis would be "utter nonsense".

The ICJ, the United Nations' highest court, will issue a decision on a request for emergency measures in a genocide case against Myanmar on Jan. 23, the Gambian Ministry of Justice said on Monday.

The mainly Muslim west African country filed a lawsuit in November, alleging Myanmar was committing "an ongoing genocide" against the Rohingya in the western state of Rakhine.

The Myanmar government has strongly disputed that conclusion, categorizing the military operation as a legitimate counter-terrorism response to attacks by Rohingya militants.

Japan's foreign ministry said it was not in a position to comment on the legal case at the ICJ because it is between "third parties".

"Ambassador Maruyama did not mean to prejudge findings or judgement of this ICJ case," the ministry told Reuters in a statement. "Rather, he merely expressed impression as a person working in the country, including showing an understanding of the complexity of the situations in Rakhine state."