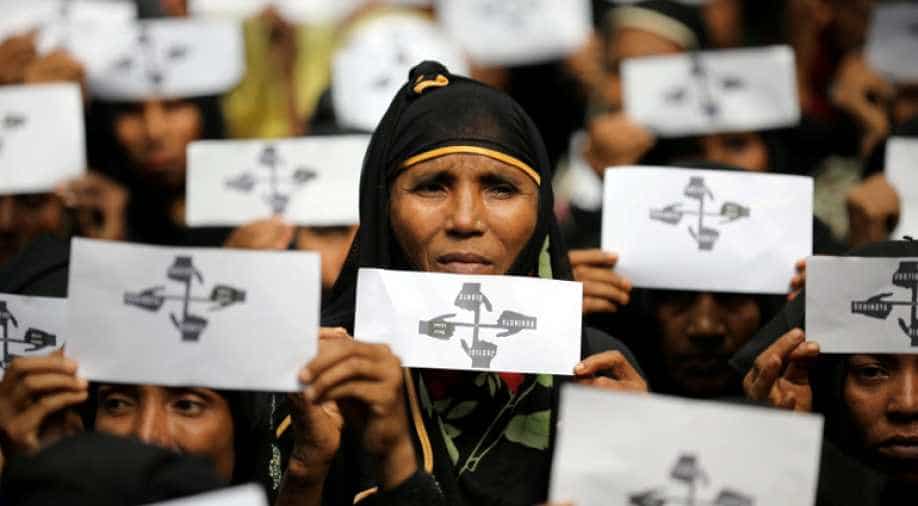 The Buddhist-majority country of Myanmar considers Rohingya Muslims as outsiders even though they have lived there for generations.

The United Nations General Assembly has passed a resolution condemning the human rights abuses against the Muslim Rohingya community in Myanmar.

As per reports, a total of 134 members voted in favour of the resolution while 9 voted against it.

Beyond condemning the atrocities, the Assembly also called on the government in Myanmar to urgently combat the abuses that Rohingyas were facing in the country.

The Buddhist-majority country considers the Rohingyas as outsiders even though they have lived there for generations.

The systemic discrimination against the Rohingyas reached a tipping point when the military stepped in.

In August 2017, the military in Myanmar launched a clearance campaign in the Rakhine region which led to hundreds of killings. Since then, over 700,000 Rohingyas fled across the border into sprawling refugee camps in Bangladesh.

Myanmar has been taken to court over its brutality during the operation.

Myanmar's Ambassador to the United Nations has slammed the resolution passed by the UN General Assembly.

He said the resolution exposes the double standards of the United Nations when it comes to the application of human rights.

Myanmar has insisted that the crackdown was an attempt to combat an extremist threat.

Meanwhile, the country's leader Aung San Suu Kyi this month rejected allegations of genocide at the International Court of Justice (ICJ) and urged UN judges to throw out the genocide case against Myanmar.

In her opening statement at the top world court, she said that there was no proof of "genocidal intent" and said the army operation was in response to attacks by Rohingya militants.