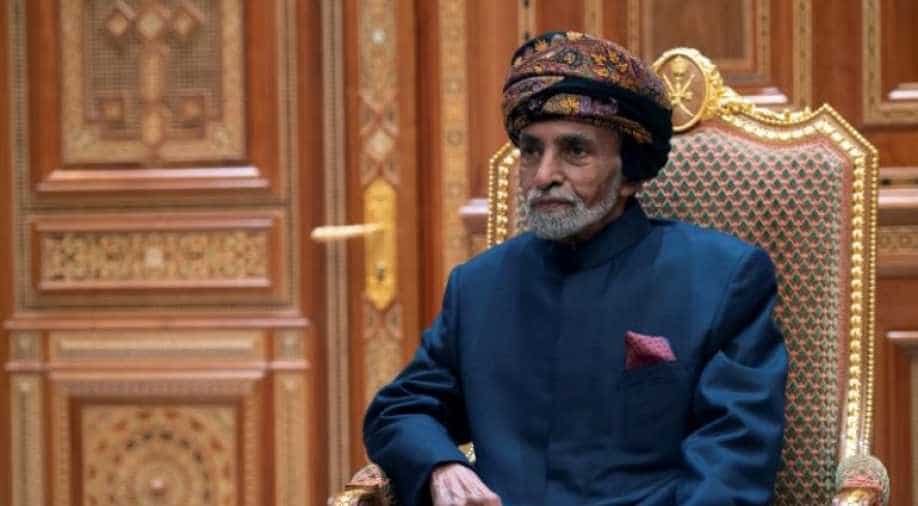 Qaboos had been unwell for years and spent a week in Belgium undergoing medical treatment in early December.

Three days of official mourning have been declared with flags flown at half-mast for 40 days, for the Western-backed Qaboos, 79, who had ruled since taking over in a bloodless coup in 1970 with the help of former colonial power Britain.

State news agency ONA did not give a cause of death, but Qaboos had been unwell for years and spent a week in Belgium undergoing medical treatment in early December.

Qaboos had no children and had not publicly appointed a successor. A 1996 statute says the ruling family will choose a successor within three days of the throne becoming vacant.

The high military council, in a statement carried on state media on Saturday, called on Oman's ruling family council to convene to choose a new ruler.

If the council fails to agree, a council of military and security officials, supreme court chiefs and heads of the two consultative assemblies will put in power the person whose name has been secretly written by the sultan in a sealed letter.

There has been wide speculation over the succession as domestic challenges loom large, from strained state finances to high unemployment.

"I imagine that the succession itself will be a smooth process within Oman," Kristian Coates Ulrichsen of the Texas-based Rice University's Baker Institute told Reuters.

"But the wildcard is whether any of Oman's neighbours might try to pressure the new sultan as he settles into power - just as the Saudis and Emiratis tried to pressure Emir Tamim in the weeks and months after he assumed power in Qatar in 2013."

Oman has long been to the Middle East what neutral Switzerland is to global diplomacy, balancing ties between two vast neighbours locked in a regional struggle, Saudi Arabia to the west and Iran to the north.

Muscat did not take sides in a Gulf dispute that saw Riyadh and its allies impose a boycott on Qatar in mid-2017 and did not join a Saudi-led military coalition that intervened in Yemen against the Iran-aligned Houthi movement.

The sultan's death comes at a time of heightened tension in the region between Iran and the United States.

Oman maintains friendly ties with Washington and Tehran and helped mediate secret U.S.-Iran talks in 2013 that led two years later to the international nuclear pact which Washington quit in 2018.

Oman's diplomatic centrality has been a factor of Qaboos' personality, said Simon Henderson, director of the Bernstein Program on Gulf and Energy Policy at the Washington Institute for Near East Policy.

"It is hard to see how Oman can involve itself in the Yemen, Iran and Qatar issues until a new leader has established himself - which means for the foreseeable future."