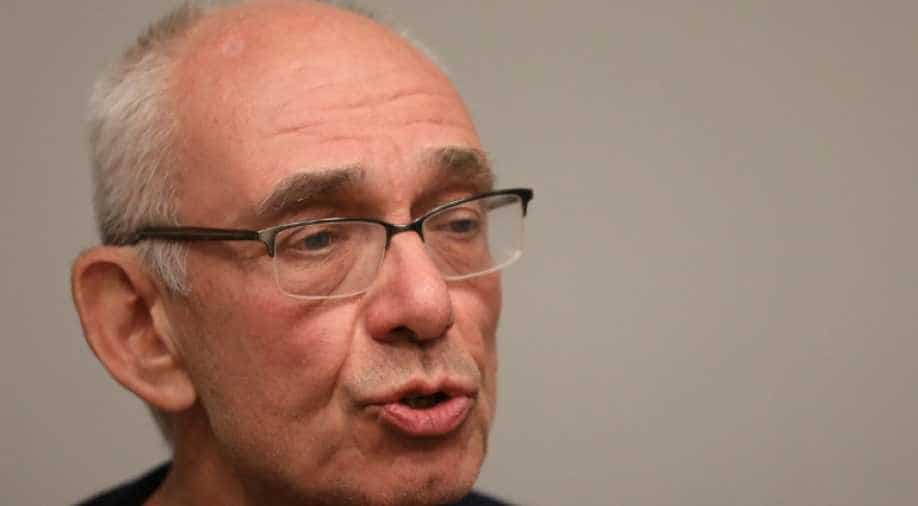 Vale is the world's largest iron miner. This is the second Vale dam to burst; the earlier disaster in 2015 left 19 people dead.

When Fabio Schvartsman took the reins of Vale SA in 2017, he suggested a motto for the world's largest iron miner, turning the page on a tailings dam disaster that hit a small Brazilian town two years before: "Mariana, never again."

That and many of Schvartsman's other big promises look destined for the scrap heap.

Four years later and some 100 km (60 miles) from Mariana, a breached Vale tailings dam on Friday unleashed a torrent of mud on another small Brazilian community, Brumadinho, leaving hundreds missing and presumed dead.

While the company's focus so far has been on the human tragedy, analysts and shareholders have little doubt that Vale cannot continue on the track its CEO set.

Schvartsman, 63, who said recently he would stay on through 2020 after his current term expires in May, designed Vale's strategy around spending more than $10 billion in annual free cash flow as China gobbled up its high-grade iron ore.

Offering generous dividends, reinvesting in money-losing divisions and searching for mid-sized acquisitions – many of those plans may have to be abandoned as Vale braces for lawsuits that could grow into the tens of billions of dollars.

One executive at a pension fund that holds Vale shares, who asked for anonymity due to the sensitivity of the matter, said it would be hard to justify big shareholder payouts in coming quarters, adding that a full review of Vale's governance was needed.

Indeed, the company said in a late Sunday filing that it was suspending its planned shareholder dividends, share buybacks, and executive bonuses because of the disaster.

Vale said in a statement that it was focused on helping the disaster victims. During a Sunday visit to the rescue efforts, Schvartsman pledged to renew Vale's focus on safety, going "above and beyond any national or international standards."

"We will create a cushion of safety far superior to what we have today to guarantee this never happens again," he said.

One of Vale's top shareholders, public-sector pension fund Caixa de Previdencia, known as Previ, on Saturday took the unusual step of issuing a statement saying it will demand a thorough investigation of the accident and will ensure the company helps the families and communities affected.

The fund did not reply to an additional request for comment. Another major shareholder, Bradespar SA, the investment company of Brazilian lender Banco Bradesco SA, declined to comment.

US-listed Vale shares tumbled 8 per cent on Friday after the disaster. Brazilian markets were closed for a holiday.

On Saturday, rating agency Standard & Poor's put Vale's rating on credit watch negative, warning that it could cut the BBB- rating by several notches depending on fines and the possible loss of an operating license in the affected area.

In a statement on Sunday, Vale said it agreed to deposit 1 billion reais, but argued that the court orders freezing the additional 10 billion reais were counterproductive because they could block resources need for relief support.

Vale had 24 billion reais of cash and equivalents on hand at the end of September.

Mining analysts at Jefferies said the disaster was "likely to be an overhang on the Vale share price for an extended period" in a note cutting their price target more than 20 per cent and downgrading the stock from Buy to Hold.

"The overall impact of the dam failure is nearly impossible to quantify for now," wrote the analysts led by Christopher LaFemina. "Stringent safety inspections could affect production from other mines in Brazil as well."

Estimating the cost of a disaster on this scale is a challenge for analysts, who still steer clear of putting a final price on the 2015 dam collapse involving Samarco Mineracao SA, a joint venture between Vale and BHP Group.

As part of an agreement to settle a lawsuit, Vale and BHP committed to spending 20 billion reais on a foundation set up in Mariana to assist victims and recover the local ecosystem. The Renova Foundation spent 2 billion reais in 2018 and expects to spend 11.3 billion reais through 2030, the companies said in a statement.

A federal prosecutor told Reuters in an interview on Saturday that Friday's disaster could upend talks to settle a far bigger Samarco lawsuit seeking 155 billion reais.

The renewed legal risks are also likely to delay talks with Samarco creditors that had been based on hopes it could reopen operations soon and start making debt payments. One person involved in the talks said they might now be suspended.

It is unclear if Schvartsman will be able to pour fresh resources into expanding operations as planned.

Vale laid out plans in December to pump $500 million into its struggling New Caledonia nickel mine after failing to sell it or find a partner, hoping to ride out a tumble in prices and cash in eventually on an expected surge in electric vehicle sales.

The miner has also been pursuing mid-sized acquisitions in its core iron ore business, after deciding not to pursue blockbuster deals with the surging cash flow provided by rising iron ore prices last year.

In December, Vale announced the acquisition of iron miner Ferrous Resources Ltd from its controlling shareholder Icahn Enterprises for $550 million. The deal is expected to close this year.