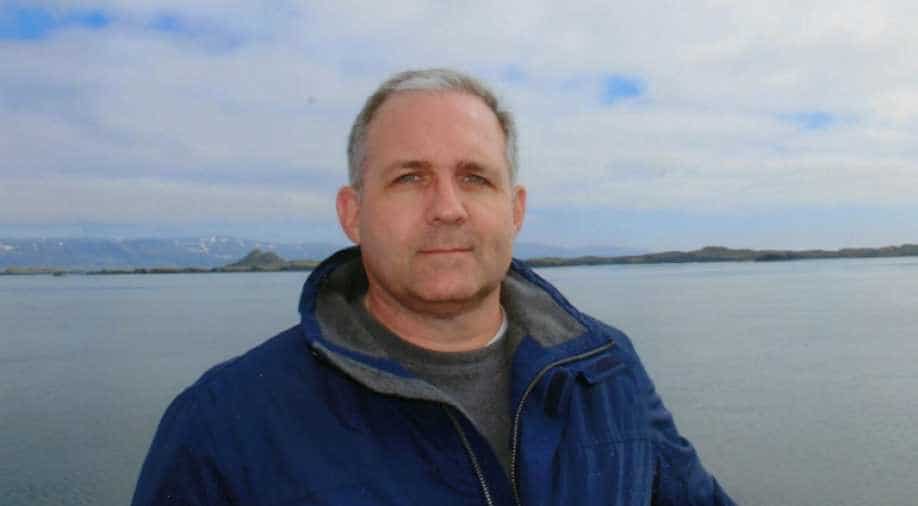 Whelan was taken into custody by Russia's Federal Security Service on December 28. His family have said he is innocent and that he was in Moscow to attend a wedding.

The Russian Foreign Ministry said on Saturday the United States had detained a Russian citizen, a day after Moscow arrested the former US Marine Paul Whelan on suspicion of spying.

Whelan was taken into custody by Russia's Federal Security Service on December 28. His family have said he is innocent and that he was in Moscow to attend a wedding.

The ministry said the United States detained Russian citizen Dmitry Makarenko on December 29 on the Northern Mariana Islands, a US commonwealth in the Pacific Ocean, and had transferred him to Florida.

"... Makarenko, born in 1979, has arrived on Saipan Island with his wife, underage children and elderly parents. He was detained by FBI personnel at the airport right after his arrival," the ministry said.

Papers filed in US District Court for the Southern District of Florida show Makarenko was accused in June 2017 by federal prosecutors of conspiring with another man, Vladimir Nevidomy, to export defense articles including night-vision scopes from the United States to Russia without US approval.

Makarenko, who was listed as a resident of Vladivostok, was declared a fugitive from US justice in January 2018. Nevidomy, a resident of Hallandale Beach, Florida, pleaded guilty in June 2018 and was sentenced to 26 months in prison, the court papers showed.

The accusations from both sides could further complicate a strained relationship between Moscow and Washington, despite the professed desire of Presidents Donald Trump and Vladimir Putin to build a personal rapport.

US Secretary of State Mike Pompeo said this week that Washington had asked Moscow to explain Whelan's arrest and would demand his immediate return if it determined his detention is inappropriate.

Britain cautioned Russia on Friday that individuals should not be used as diplomatic pawns. Whelan also holds a British passport.

The Russian ministry said in its statement that Moscow diplomats had not been able to reach Makarenko in Florida and said Washington had yet to explain his detention.

Before Moscow gave details of Makarenko's detention, experts had speculated that Moscow could exchange Whelan for Russian nationals held by Washington.

"I see no reasons to raise this issue in context of exchanges. We should undergo all the procedures needed in this situation," Interfax news agency quoted Ryabkov as saying.

Whelan's Toronto-based twin brother David Whelan told Reuters on Saturday that US embassy officials met with his sibling on Wednesday and would visit him again next week.

"He seemed as well as can be expected in a Russian jail. He was missing a lot of personal necessities, like toilet paper, that aren't provided," David Whelan said in a telephone interview. "So the State Department has helped us set up an account ... so that he can buy the supplies that he needs."