Individuals should not be used as pawns for diplomatic leverage: British foreign secretary Jeremy Hunt to Russia 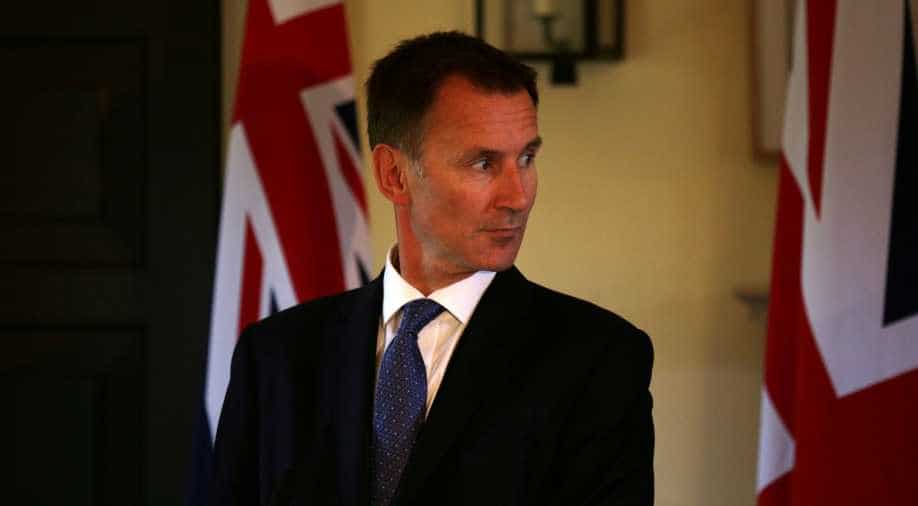 British foreign secretary Jeremy Hunt said he was extremely worried about Paul Whelan, who was detained by Russia's FSB.

Britain cautioned Russia on Friday that individual citizens should be not used as pawns in a diplomatic chess game after a dual US/UK national was detained in Moscow on espionage charges.

British foreign secretary Jeremy Hunt said he was extremely worried about Paul Whelan, who was detained by Russia's FSB state security service in Moscow last Friday on suspicion of spying.

"Individuals should not be used as pawns of diplomatic leverage (or) being used in diplomatic chess games," Hunt said.

US secretary of state Mike Pompeo said earlier this week that the United States had asked Russia to explain Whelan's arrest and would demand his immediate return if it determines his detention is inappropriate.

"We are extremely worried about Paul Whelan, we have offered consular assistance," Hunt said. "The US are leading on this because he is a British and American citizen."

The FSB has opened a criminal case against Whelan but not given any details of his alleged espionage activities.

Whelan's family has said that he was visiting Moscow for the wedding of a retired Marine and is innocent of the espionage charges against him.

Asked if other Britons in Russia should be concerned about their safety in Russia, Britain's Hunt replied:

"This is something that is under active consideration and we're constantly reviewing our travel advice in all parts of the world."

"If we see the need to make a change then we'll make it."