Japan could freeze all aid to Myanmar, foreign minister warns 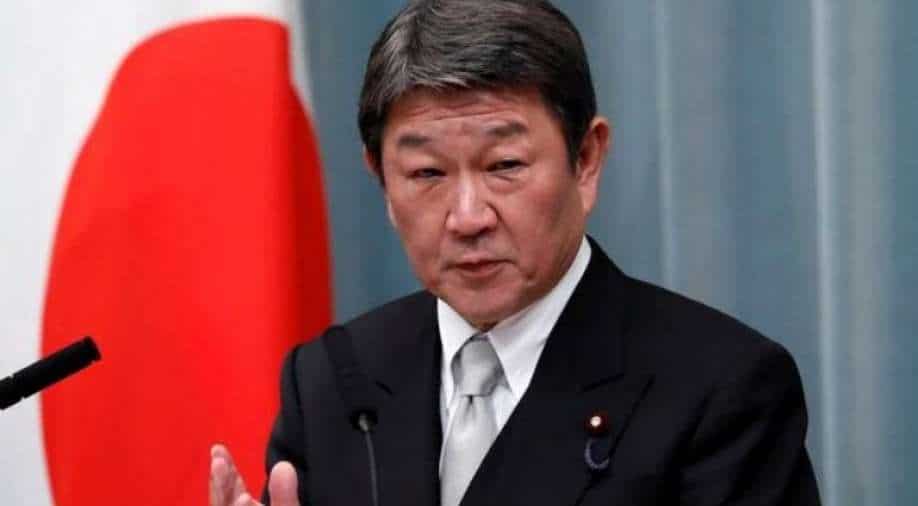 Tokyo could freeze all aid to Myanmar, Japan's foreign minister warned in an interview published Friday, as the military junta continues to use lethal force against opponents of its coup.

Japan is a top donor to Myanmar, and has already suspended new aid after the military ousted civilian leader Aung San Suu Kyi.

But Toshimitsu Motegi, speaking to the Nikkei newspaper, said the freeze could be expanded.

"We don't want to do that at all, but we have to state firmly that it will be difficult to continue under these circumstances," he told the newspaper.

"As a country that supported Myanmar's democratisation in various ways, and as a friend, we must represent the international community and convey that clearly."

Japan announced in March it was halting all new aid to impoverished Myanmar in response to the coup, though it has not imposed the individual sanctions on military and police commanders implemented by some other countries.

Motegi has said Japan is Myanmar's largest provider of economic assistance, and Tokyo has long-standing relations with the country's military.

According to the Nikkei, Japan provided $1.74 billion in development aid to Myanmar in fiscal 2019, more than any other country with disclosed figures. China's aid figures are not public.

More than 800 people have been killed in Myanmar in unrest since the military ousted Suu Kyi in a February 1 coup.

A Japanese journalist arrested covering the aftermath of the coup was released last week and returned to Tokyo.

His release came as Japan said it had offered Myanmar $4 million in emergency aid through the World Food Programme.

Speaking in Tokyo on Friday, the journalist Yuki Kitazumi called on Japan's government to have the "courage" to use its leverage with Myanmar's military.

"People in Myanmar expect and hope that the Japanese government will take concrete action," he told a press conference.

Kitazumi described meeting political prisoners who told him they and others were being tortured in custody, including beatings, and being kept awake around the clock.

"I hope the power of the Japanese government that got me released will be used for people in Myanmar," he said.

Tokyo has called for Suu Kyi's release and the restoration of democracy, and Motegi told the Nikkei that Tokyo was continuing to hold dialogue with the junta.

"We have a greater variety of channels in Myanmar, including with the military, than Europe and the US," he said.