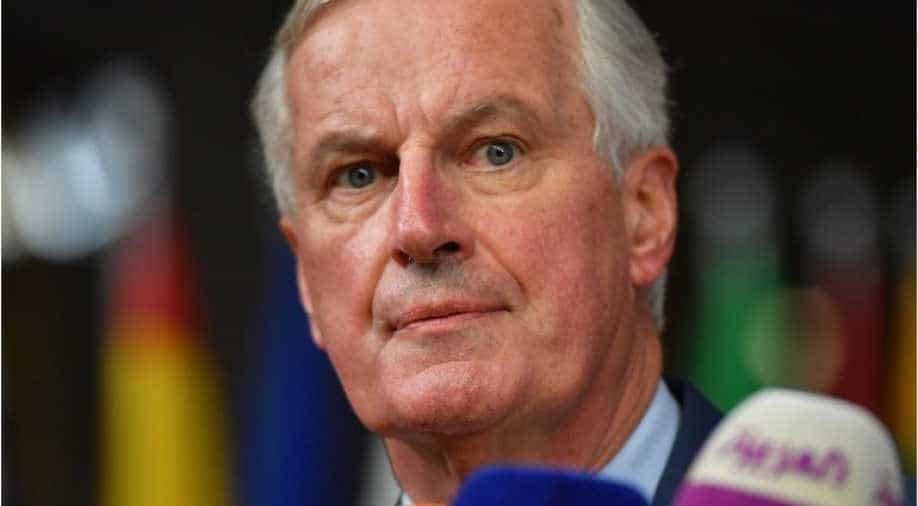 Barnier also suggested European leaders would be amenable to a short 'technical' delay in Britain's departure from the EU, scheduled for March 29, to give the British parliament time to formally ratify a final divorce deal.

The European Union is prepared to give Britain further Brexit guarantees to help a divorce deal through the British parliament, the bloc's chief negotiator Michel Barnier said in an interview published Saturday.

"We can find guarantees to confirm, clarify, guarantee the goodwill and good faith of the Europeans with commitments which would have real legal force," Barnier said in comments published in several European newspapers including Die Welt in Germany and Les Echos in France.

Barnier also suggested European leaders would be amenable to a short "technical" delay in Britain's departure from the EU, scheduled for March 29, to give the British parliament time to formally ratify a final divorce deal.

The British parliament rejected the original Brexit deal hammered out by Prime Minister Theresa May and EU leaders.

The major sticking point was the so-called "backstop" plan for the Irish border. Some MPs fear the arrangement, which would keep Britain tied to EU trade rules until another way is found to keep the frontier open, is a "trap" that could bind it to European commerce rules indefinitely.

Barnier said there was "misunderstanding" over the proposed backstop deal.

"Limiting it in time or introducing a unilateral exit clause would call into question its credibility," the EU's top Brexit negotiator insisted.

The backstop "will end either when we have a global agreement on the future relationship or a specific agreement with Ireland," he said, assuring it "was never the wish" to bind Britain to European trade rules indefinitely.

A Brussels source said those talks could take place in the Belgian capital on Tuesday.

"There is a way that the British (parliament) could vote, between now and March 12, with these guarantees of our good faith, It will be up to them to fulfil their responsibilities," Barnier said.

In 2017, Britain invoked Article 50 of EU law, triggering a two-year countdown to Brexit that ends at 11 pm on March 29.

The country is on course to leave without an agreement after British MPs in January overwhelmingly rejected the divorce deal May struck with the EU late last year.

The embattled leader is now seeking changes to the pact which she hopes will be enough to get it through parliament by March 12.

In a revised strategy unveiled this week, May vowed that if her deal is rejected, lawmakers will vote in the following days on whether to leave without a deal or delay Brexit.

But European leaders have warned any postponement would come with conditions.

Barnier suggested a short delay could be acceptable.

"The European institutions will do whatever is necessary on their side but the British have told us in the past that they will need two months to ratify" the deal.

"It would then require a simple technical extension."

While Britain is yet to request a delay, "I don't think there would be any objections in principle" from the other 27 EU nations, Barnier said.

However, any delay "must serve to solve a problem, not merely to postpone it and remain at an impasse."

Giant iceberg breaks off near UK Antarctic base